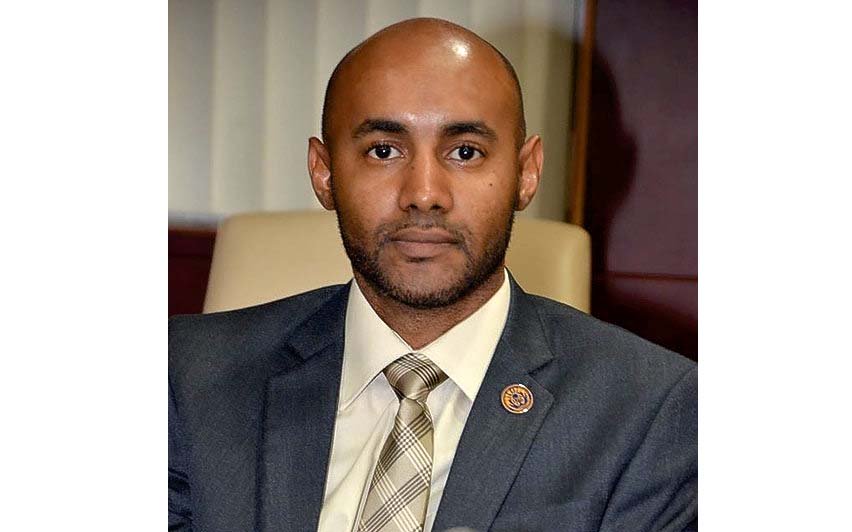 PHILIPSBURG–Thursday marked the second day Member of Parliament (MP) Chanel Brownbill stayed in detention on order of the Anti-Corruption Team that detained him on Wednesday morning. Brownbill is a suspect in the Emerald investigation.

The United St. Maarten Party (US Party) board said Thursday that it stands by and supports its party member and MP in the current investigation. Although the situation is one to be concerned about, the board also cautions against a rush to judgment, as Brownbill still has rights under the law.

“In such time we tend to forget how families are also affected, so we also stand in support of them in these troubling times. There is the need to allow the judicial process to take its full course and the Party will uphold the general legal principle that a person is innocent until proven guilty,” the board said.

As far as the procedure for elected members of Government is concerned, the Joint Court of Justice, in a press release last year, gave an in-depth and very clear interpretation of the term “prosecution” as it pertains to suspects who are also politicians.

Basically, the Court said the Prosecutor’s Office does not need an order for prosecution from the Joint Court of Justice to start an investigation and make use of the powers of prosecution regarding a suspect who is also a politician. In other words, when starting an investigation the Prosecutor’s Office does not have to take into consideration whether a person is a politician or not. All are equal.

Only when a suspect who is also a politician is actually prosecuted by being subpoenaed or brought before the examining magistrate to be put in pre-trial detention (“bewaring”) does the Prosecutor’s Office need to request an order of prosecution from the Joint Court of Justice.

Brownbill is expected to go in front of the Judge of Instruction today, Friday, and go through the procedure like anyone else to find out whether he was detained in a correct manner. The Prosecutor can always decide to release him and continue the investigation until the actual court hearing.