Home Headlines & Top Stories MP: TBO officers stole jewellery and should have been arrested | THE... 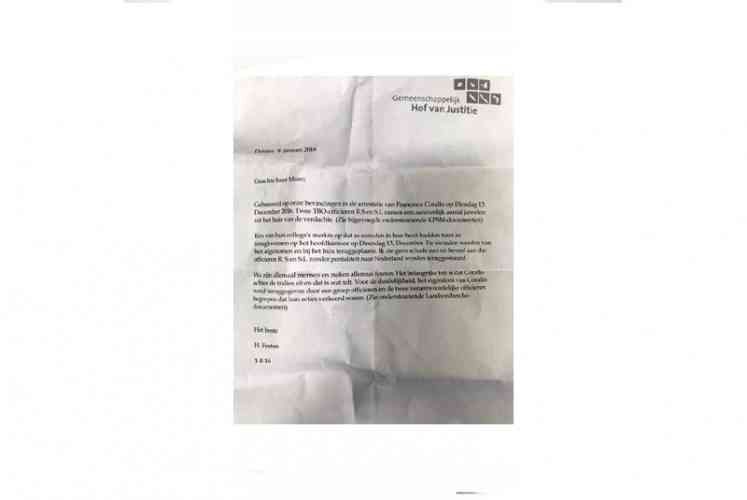 PHILIPSBURG–United St. Maarten Party (US Party) leader Member of Parliament (MP) Frans Richardson claims that two members of the anti-corruption taskforce TBO arresting team stole jewellery from casino boss Francesco Corallo during his arrest and the raid on his residence in December 2016 and were subsequently sent back to the Netherlands without punishment.

Richardson claimed to be in possession of a document to former Chief Prosecutor Ton Maan from the Joint Court of Justice in which the situation pertaining to the two TBO officers was “confirmed and outlined,” he stated.

“H. Festen of the Common Court informed Maan that officers R.S. and S.L. stole an amount of jewellery from the home of Corallo on December 13, 2016. They were reported by one of their colleagues who saw them with the jewellery in their possession. The jewellery was taken from the two officers and returned to Corallo’s home,” Richardson stated.

Richardson said he was especially upset with the fact that Festen had informed Maan that “he” did not see where a crime was committed, and the two officers were returned to the Netherlands without punishment.

“This is stated clearly in his letter. Even worse,” Richardson said, “Festen said in his letter that ‘we are all human and we all make mistakes’ and that ‘the most important thing was the arrest of Corallo, that is what matters.’

“Imagine that, so two Dutch officers commit a crime, they stole, and all of a sudden they are humans who make mistakes, while in St. Maarten our officers and others are branded criminals and thieves and locked up. We are paraded and made a show of. But they get a slap on the wrist and sent back to Holland on a nice KLM flight to continue working, impossible.”

He asked Minister de Weever to investigate the issue, as the letter “is apparently” part of an existing report of the National Detectives. Richardson also said he would seek a parliamentary inquiry into the justice system of St. Maarten.

“How is it possible that only our people are being prosecuted? They went to the property and were filling their pockets with expensive jewellery and did not report it but were caught by a colleague. Then they were simply sent back home.

“These things are wrong. They should have been arrested for theft, and paraded like they do our people,” Richardson said, adding that he would provide the minister and Parliament with the “supporting” documents by the St. Maarten Police Force KPSM he claimed to have in his possession.

The Prosecutor’s Office said in a reaction that it did not recognise MP Richardson’s statement made in Parliament and to the media about the theft of jewellery by two TBO members in December 2016 and that these persons had returned to the Netherlands with impunity.

“The letter that has been shown by Mr. Richardson has not been written by Mrs. Festen or sent to former Chief Prosecutor of St. Maarten Mr. Maan, so he did not receive it either,” the Prosecutor’s Office said in response to questions posed by The Daily Herald pertaining to the document’s authenticity.

The letterhead is from the Joint Court of Justice where Festen has never worked, the Prosecutor’s Office said. “Hanneke Festen is currently working as acting Chief Prosecutor in Curaçao and was TBO team leader before that,” it was stated.