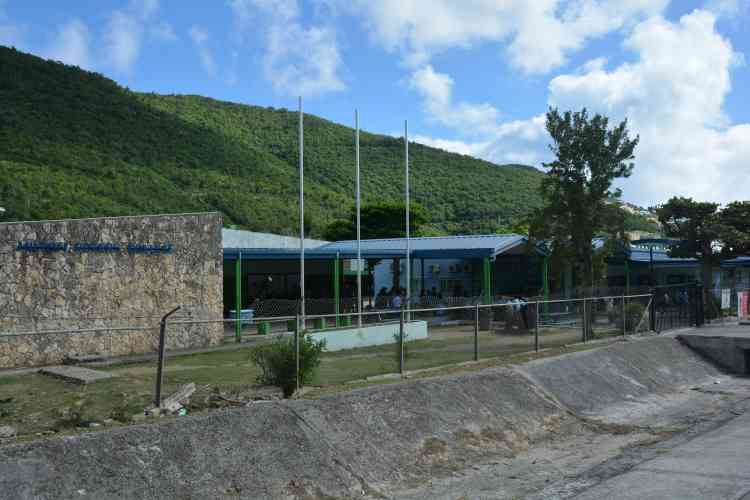 SOUTH REWARD–Milton Peters College (MPC) has taken a firm position on fights occurring on the school premises, as part of the school’s zero tolerance policy.

In a letter to parents after the most recent fight, which occurred last week and was being shared on social media General Director Wim de Visser said the incidents are unacceptable.

“Unfortunately, last week we were startled by some very annoying skirmishes and fights at the MPC schoolyard. [Students – Ed.] fought about things that were completely out of school responsibility and were purely private-related matters,” he said in the letter.

“For us as management of the school, this is completely unacceptable. These students have been suspended and strict agreements have been made with them to prevent any form of repetition. Fighting at school for us is zero tolerance. And if students do not adhere to this, expulsion from school will prove to be the only option.”

He said the school will be taking precautions prevent fights from occurring again.
“We will be intensifying security and enhancing the supervision by teachers. This letter to you as parents also serves to inform your child of his/her responsibility and to demand his or her strict adherence to the MPC school rules. We take care of each other and we must respect everyone’s personality with peaceful behaviour in and outside of class.”

He said also that filming of fights at school is “totally against the school rules” and persons who record fights and share it with others through social media are equally responsible for misbehaviour.

“They will be treated the same as the students who participated in a fight. Telephones and other computer devices at school may only be used for educational purposes, after explicit request or after approval from teachers. In all other cases the smart phones should be switched off.”

De Visser expressed hope that students, parents/caretakers and MPC staff can continue to concentrate on a successful school career for students.