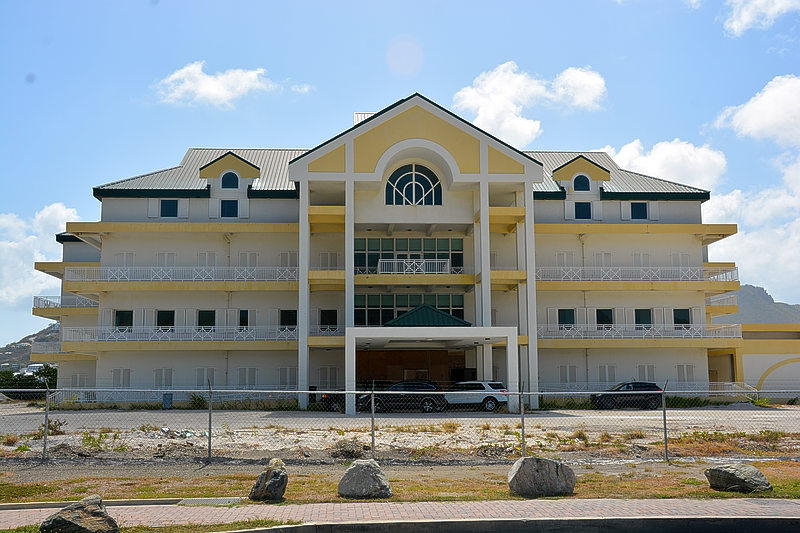 PHILIPSBURG–The introduction of a “question hour” during which Members of Parliament (MPs) would be able to seek brief answers from Ministers to concise questions was the subject of discussion during a meeting of the Central Committee of Parliament on Tuesday.

The meeting began more than an hour after it had been scheduled to start because there was no electricity in the building due to the ongoing construction works at the building.
The introduction of the “question hour” is subject to an amendment of Article 69 of Parliament’s Rules of Order. MPs recently passed a motion urging Government to introduce the question hour.
Chairperson of Parliament Sarah Wescot-Williams told MPs the presidium had deliberated on the matter and had decided that prior to handling the issue in a Central Committee meeting, the Council of Ministers should be given an opportunity to provide its position on the introduction of the question hour, as this will only be effective with the cooperation of Government.
Parliament sent the proposal to Government on October 10, seeking its reaction and input by October 31, but Wescot-Williams said Government had not responded to the request. “For that reason it was decided to continue with this topic as planned,” she said.
The proposed amendment to the Rules of Order concerns Articles 69A through 69F as well as reference to other articles.
The intention of the question hour is to create the possibility for interaction with Ministers. Initially, the question hour will be used primarily for questions related to the aftermath of Hurricane Irma and the recovery phase, but Wescot-Williams said it will not be limited to these areas. Questioning ministers is one of the fundamental rights of an MP.
The proposal for the question hour is to change the Rules of Order to give Ministers a period of three weeks to respond to questions submitted by MPs. Currently, no time is specified as to when ministers should respond to questions. Also, currently if a minister submits answers in writing, there is no verbal discussion between MPs and Ministers.
Under the proposed amendment, an MP, when questioning a minister, can request that answers be provided verbally and, when that request is made by the MP and accepted by the Minister, the Minister will then be invited to a subsequent meeting to answer the questions verbally.
“The idea behind the question hour is to have MPs get answers to their questions as soon as possible,” Wescot-Williams said, noting that questions should be concise and answers should also be concise. “The idea behind it is to not have long-drawn-out discussions on a topic, but for MPs and the people to get direct answers. The sessions have to be open to the public so that the community can also hear the answers directly.”
The Chairperson of Parliament can decide to postpone a Minister’s coming to Parliament to provide answers to MPs, if that Minister does not have time to prepare answers.
The proposal for the question hour is for MPs who submit questions to Ministers to be given two minutes speaking time to pose (repeat) their questions to the Minister and the Minister will be given one minute speaking time to provide an answer per question.
Other MPs would also be able to ask questions on the same subject and would be given one minute to ask their questions and the Minister one minute to respond per question. Wescot-Williams said the brief speaking time is so that the question hour can meet its objective of being brief.
Several MPs posed questions and clarifications on the question hour, to which Wescot-Williams responded. The meeting was then closed and the matter will be taken to a public meeting of Parliament where the proposed amendments can be voted on.