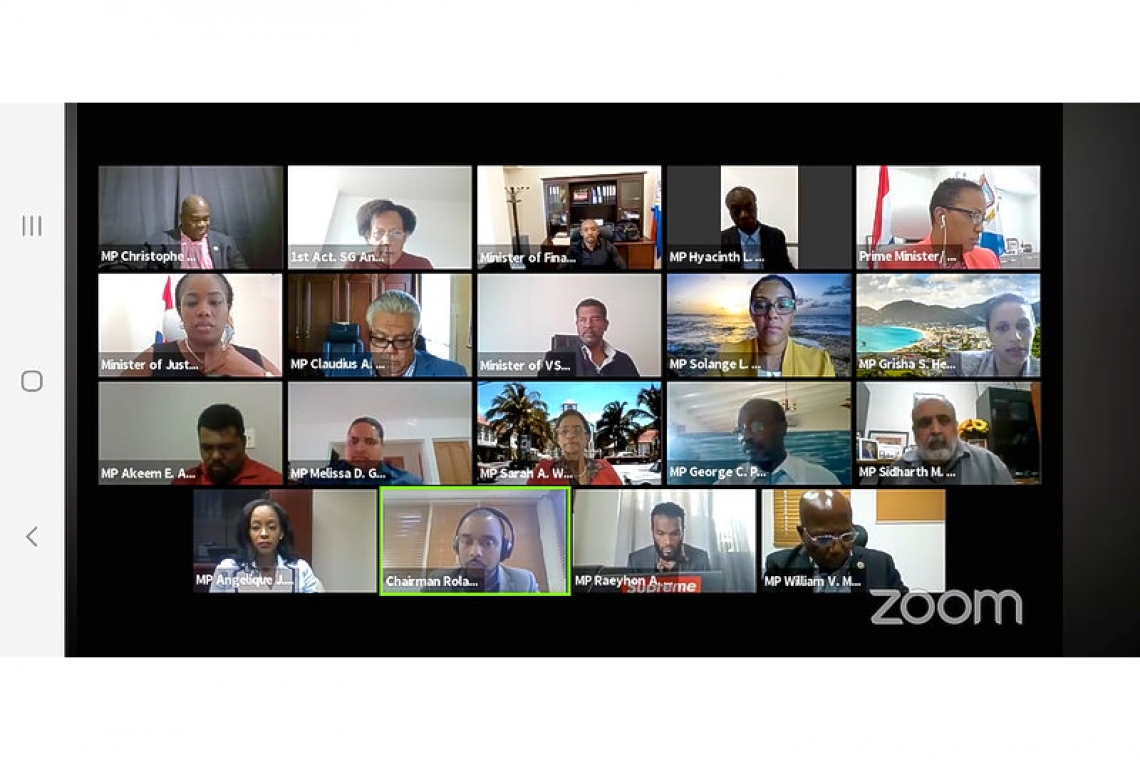 PHILIPSBURG–Members of Parliament (MPs) after 1:00am Wednesday passed a motion to support the government of St. Maarten’s response to the Kingdom Council of Ministers as it relates to financial assistance for St. Maarten.

The motion, which was tabled by United People’s (UP) party MP Grisha Heyliger-Marten, was passed with 12 votes in favour and three votes against. MPs of the governing National Alliance (NA) and United People’s (UP) party coalition as well as those of the United St. Maarten Party (US Party) voted in favour of the motion, while those of Party for Progress (PFP) and United Democrats (UD) voted against.

Some MPs said the motion was unclear and confusing. The motion stated that Parliament will back government, as most if not all of the content of the Dutch government’s proposal was already in the planning to be addressed by the government of St. Maarten.

“The parliament is desirous of fully supporting the Council of Ministers of St. Maarten in its quest to secure financial and other assistance with the aim of sustainably rebuilding and strengthening the economy of St Maarten in the wake of Hurricane Irma and the COVID-19 pandemic, to benefit the well-being of the people of St. Maarten,” the motion declared.

The resolution of the motion stated that the conditions in the Dutch government’s proposal should only be accepted if they are not in violation of local laws, Kingdom laws, international charters, conventions, and protocols; if they are equivalent to the proposals for solidarity that were already in process by the government of St. Maarten; they should be specific, measurable, achievable, realistic and timely (SMART); and that the relevant union and labour representatives have been consulted.

The motion also resolved to remind the Kingdom government of its obligations and responsibilities, as well as that of the Kingdom of the Netherlands, as state party to international charters, conventions, and protocols.

It also called for the Council of Ministers to continue dialogue with the Kingdom government and other relevant partners within the Kingdom with the aim of securing the required COVID-19-related assistance based on laws, charters, conventions, and protocols as mentioned in the considerations of the motion.

It also called for the Chairperson of Parliament and the Chairperson of the St. Maarten Parliamentary Committee of Kingdom Relations to engage relevant experts on matters related to the motion to provide advice and assistance on conditionalities within the Kingdom for mutual assistance within two weeks, and for the Chairperson of Parliament to have the motion brought to the attention of “the legitimate” legislative, executive and judiciary branches within the Kingdom of the Netherlands, and the United Nations, as well as having it added to the agenda of the Inter-Parliamentary Kingdom Consultations IPKO meetings scheduled for this year.