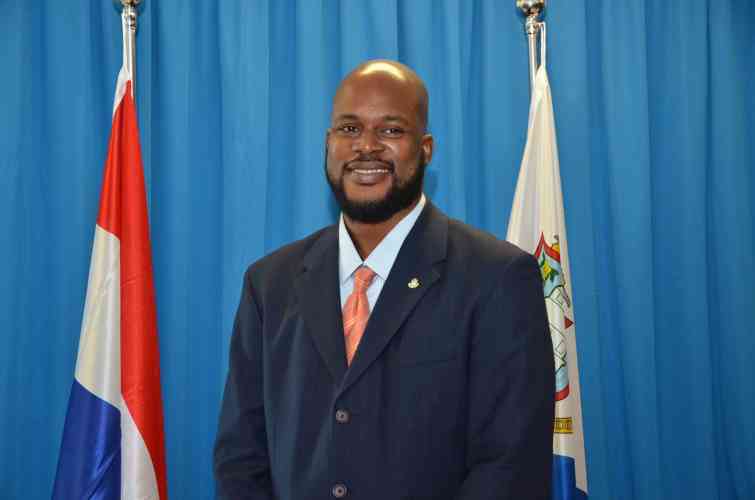 PHILIPSBURG–Members of Parliament (MPs) had a barrage of question for Spatial Planning Minister Miklos Giterson on Wednesday afternoon about government’s handling of long-lease land distribution, collection of fees and the Hillside Policy.

Chief among the questions Giterson has to answer when he returns to Parliament in some two weeks is whether he is being forced to renew the long lease held by a company called St. Maarten Shipyard N.V.

United St. Maarten Party MP Rolando Brison said he “understands” that Giterson made an order to pull the lease for the non-payment of a substantial amount of land fees, but one of the leaseholders, whom Brison named as former finance minister Michael Ferrier, has kicked up against it.

The land located just across from Princess Juliana International Airport is said to be the perfect location for the major ship-salvaging project to be financed by the World Bank, according to Brison.

At the suspension of the session, Brison requested that Giterson take no decision related to this parcel of land until he comes back to Parliament with his answers.

St. Maarten Christian Party MP Claude Peterson asked whether the annual fee owed to government for long lease land has increased recently. He sees the overall issue of long-lease land and how it is handled by government as “a pandora’s box that needs to be opened.”

He claimed from his observation that a great percentage of people holding long-lease land are civil servants or people who are working for government-owned companies and queried whether others have a chance of getting a piece too.

National Alliance MP Egbert Doran wanted to know about the country’s Hillside Policy and if this is actually legal. He also asked whether it is illegal for a minister to deviate from an advice he/she receives on topics such as those given on long-lease land.

United Democrats MP Tamara Leonard asked whether there has been an increase in the price of long-lease land and when did this happen. She based her question on a complaint received from a resident about a drastic increase in fees from some NAf. 60 to NAf. 1,000-plus.

MP Christophe Emmanuel (NA) said that as minister he had given out land to give people a part of the patrimony earned by their ancestors. He queried the status of the long-lease land of Pasanggrahan Royal Guesthouse and whether it is true that Giterson has agreed to splitting the historical property. Whether a request had been received for the transfer of the long-lease land held by Sonesta Great Bay Resort to Sunwing Group was another of Emmanuel’s concerns.

MP William Marlin (NA) wanted to know how much long-lease land is still available and why the fee prices are different from area to area. He requested an overview of all government lease land and for what price in each area. He queried whether the fees have increased over the years for people who received now-prime land for symbolic amounts years ago and are now cashing in from condos and gated communities.

United Democrats MP Jules James asked Giterson to outline whether a long-lease holder can, over time, become the outright owner of parcel of land. He also wants to know the cost of lease land in the Maho area.

MP Ardwell Irion (NA) asked whether the World Bank has called for an increase in long-lease fees or if such increases had been planned before the stepping-in of the international financial institution in the administration of the Dutch government-financed Recovery Trust Fund. Saying he wanted to have the air clear, Irion asked Giterson to state whether there is any truth to rumours that his cabinet staff is “strong-arming” people who want to keep their long-lease land by demanding “a cut.”