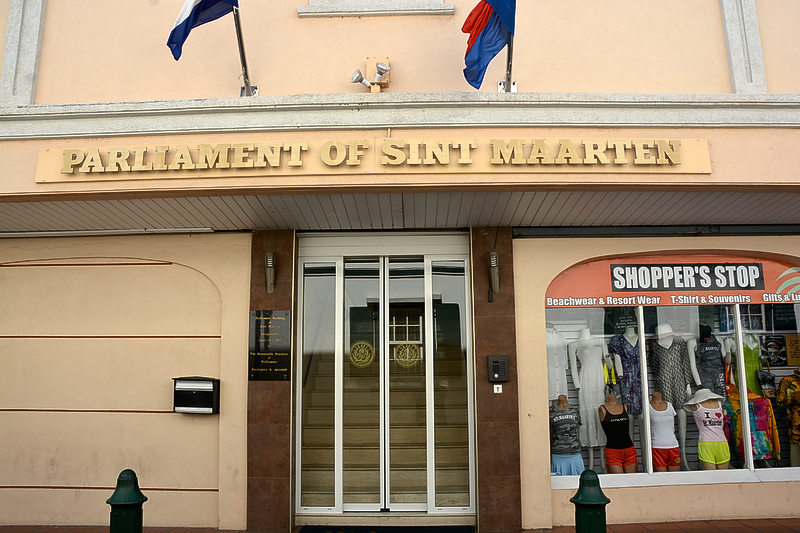 PHILIPSBURG–Members of Parliament (MPs) started their discussion on Thursday, with Finance Minister Richard Gibson Sr. on the draft law aimed at harmonizing supervision of financial institutions on Curaçao and St. Maarten by the Central Bank.

The draft changes, primarily technical, once adopted by Parliament will see the same supervision method for institutions including commercial banks, insurances companies and brokers, stock exchange and trust companies, operating in the two countries within the Dutch Kingdom. The discussion will continue when the Central Committee meeting of Parliament resumes in the near future. The draft amendment is some 500 pages long and MPs have asked for time to better review the changes.

MPs have also asked for representatives of the Central Bank and commercial banks to appear before Parliament to discuss the impact of the changes. Gibson Sr. pointed out that while the laws on supervision are not new and have been in place for some time now, the current process is to make changes to bring the ones levied on Curaçao and those of St. Maarten in line with each other.

The Minister has indicated that having a representative of the Central Bank give information to Parliament would not be an issue.

Curaçao adopted changes to its supervision regulations since December 5, 2015. It is now up to St. Maarten the other partner in the monetary union to do the same.

Another related amendment to the supervision responsibilities of the Central Bank is the bringing into effect the overseeing and licensing of money couriers. This is a gap in the current legislation.