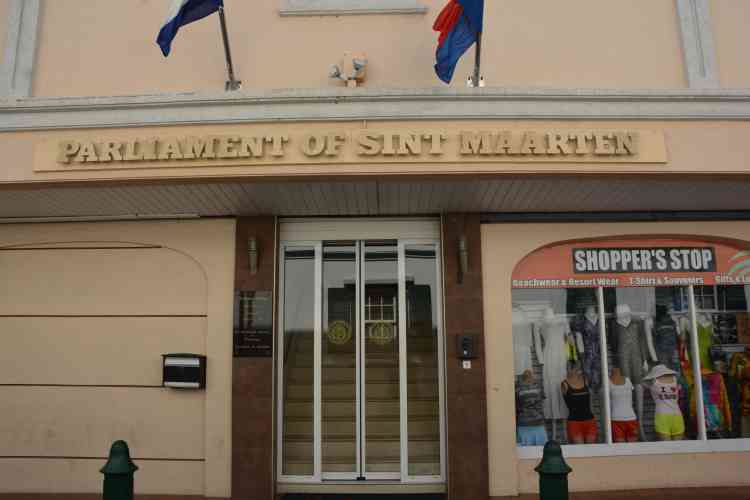 Civil servants of the Department of Interior and Kingdom Relations BAK will also be present for the discussion about sustainable development of St. Maarten.

Today’s meeting will be followed by a packed parliament schedule, starting Monday, June 11, at 10:00am. The Central Committee meeting on June 11 will deal with the draft law on administrative appeals and the formation for an ad hoc committee of Parliament to look into electoral reform.

The reconstruction of Princess Juliana International Airport is back on Parliament’s agenda on Tuesday, June 12, at 2:00pm.

Wednesday will see MPs review the decisions made at the Inter-Parliamentary Kingdom Consultation in their Permanent Committee for Kingdom Relations at 11:00am in Parliament House.

The situation of the landfill (dump) and possible solutions will also reappear on the agenda of Parliament on Wednesday at 2:00pm.

The Central Committee discussion on changes to the tax laws to comply with international regulations and amendments to the 2017 budget will continue at 2:00pm on Thursday.

The packed week will round off with the planned handling of the initiative draft law tabled by MP Silveria Jacobs (National Alliance) some two years ago. Parliament Chairwoman Sarah Wescot-Williams, who is the only MP with an approved initiative law to her name since the country’s Parliament started in October 2010, said, with Jacobs back in Parliament she will pick up her law again.

The Penal Code establishes the legal alcohol drinking age at 18, but the ordinance regulating the sale of alcohol prohibits the sale of alcohol to anyone below age sixteen. This glaring discrepancy will soon be tackled by Parliament via an initiative draft law.