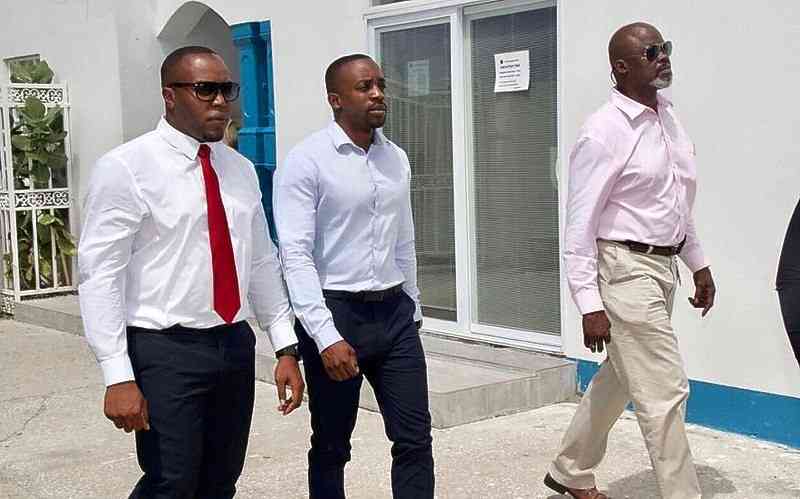 SUCKER GARDEN–Members of Parliament (MPs) on Friday visited three of the thirteen establishments that were reportedly adjusted and prepared by Government in such a way that they should be able to function as shelters in the event of a disaster.

National Alliance (NA) MP Egbert Jurendy Doran requested a tour of the hurricane shelters during a meeting of the Central Committee of Parliament on August 3. NA MP Christophe Emmanuel had also requested a tour.

Doran said he had been concerned about this statement at the time, especially because this information had been given to the press in the Netherlands while persons in St. Maarten had “not heard a word from their own government concerning the shelters up to that time.”

Doran applauded government “for its attempt to secure the wellbeing of the people of this country and for trying its apparent best to ensure that the country is better prepared for any future storms.”

However, he said that while something had been done, it was a far cry from what government had promised the people. No timeline could be given pertaining to the completion of the planned underground water tanks, showers, generators and diesel fuel tanks that were illustrated in the manifesto the MPs received from government during the tour.

Doran said that while he understands that things are not progressing the way they normally would since the devastation of the hurricane, he expects the Council of Ministers to do no less than make sure that particular issues receive priority when listing what comes first or last as far as it concerns the monies from the World Bank.

Issues such as roof/house repairs and shelter reinforcements should have been handled with the highest form of priority at the beginning of the year. “As it stands, that is not the case up until this moment and it is a real pity, because our people are suffering, due to the fact that, much to their disappointment, the government fell short on its promise to take care of them,” he said.

Doran thanked facilitators of the tour.