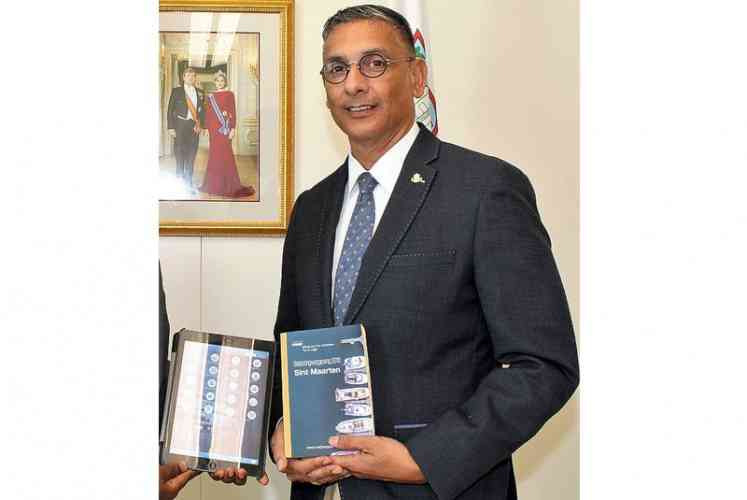 PHILIPSBURG–Members of Parliament (MPs) on Wednesday unanimously passed a draft national ordinance amending the 2017 budget in connection with changes to capital expenditures.

Finance Minister Perry Geerlings said at the start of the meeting that this second budget amendment of the national ordinance had been awaiting finalisation for some time now. “Actually, the ordinance has been executed already due to the urgent character,” he explained.

In providing the background information, he said that following Hurricane Irma last year, “St. Maarten needed liquidities urgently.” St. Maarten began negotiations with the Dutch Government and the decision was made by the Kingdom Council of Ministers to help St. Maarten with a loan of NAf. 50 million. “Besides that, we were allowed to use monies that were already available on our account of the Central Bank (for Curaçao and St. Maarten CBCS), for normal expenditures,” Geerlings said.

Originally, these funds to the tune of NAf. 21.7 million were earmarked for capital investments for 2017.

“A loan would be the first tranche of liquidity support to be provided by the Netherlands. According to St. Maarten laws, a loan can only be signed by the Minister of Finance when he is mandated by National Ordinance. This mandate was not included in the original budget of 2017 as it was not necessary.

“Because of the urgency, the mandate could also be arranged in a two-step approach: a ministerial regulation followed by a national ordinance. When the ordinance is approved, the regulation will then dissolve and the mandate has still been ratified at the appropriate level.”

Former Minister of Finance Michael Ferrier signed the liquidity support for 2017 in February 2018 and the needed monies were made available.

“And today we are here to finalise the second step: the approval of the national ordinance to comply with all our legislation. A concern of Parliament was expressed that this route, although correct, would not be precedented and that is why I was here last time, to discuss the National Ordinance Budget amendment 2018 that was needed in order to sign for the liquidity support 2018,” Geerlings told MPs before the draft was approved unanimously.