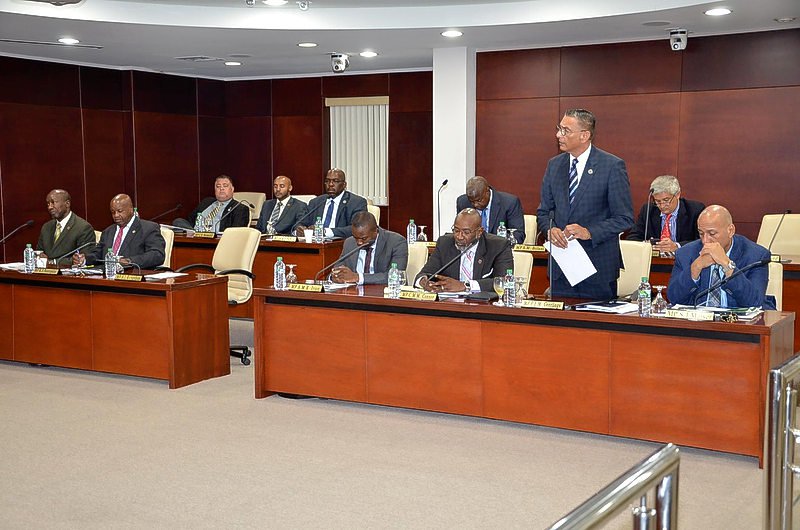 At the end of the questions from MPs for Justice Minister Rafael Boasman, who holds political responsibility for the justice chain, on Tuesday, Parliament Chairwoman Sarah Wescot-Williams called on the Minister to note that a prosecutor coming to Parliament was not unheard of as it had happened in the past.

Another entity MPs want to hear views from about the Asset Recovery Team is the Bar Association. MP Frans Richardson (United St. Maarten Party) said it is important to hear from the lawyers how they foresee the impact the team will have on clients if they become the subject of an investigation. The team is tasked with seizing assets acquired via criminal gains.

The session has been suspended until further notice for Boasman to gather answers to questions posed by MPs and for invitations to be sent out to entities Parliament wants to hear from on the topic.

The installation of the team earlier this month has caused quite a stir in the community with people expressing fears about the seizure of their properties if they cannot provide proof of their finances. Several MPs referred to that fear from residents, many of whom have built their homes over the years through jollification – help from family and friends for no payment.

MPs also shared their concerns about possible over reaching of the team and called for an explanation about how overreaching or as the Minister has termed it any “witch hunt” will be dealt with. Boasman told Parliament in Monday no witch hunt by the team will be tolerated.

MP Perry Geerlings (Democratic Party) asked about the storage and security of information gathered by the team and, particularly, what happens to data collected on a person of interest, but in the end a case is not perused by the Prosecutor’s Office.

MP Rodolphe Samuel and George Pantophlet (National Alliance) queried how the team will be paid. Pantophlet said these are all cause for concern when it is noted that the Dutch Ministry of Internal Affairs and Kingdom Relations was involved in financing the setup of the team.

Although Boasman told MPs that the team was not mandated by the Netherlands nor comprised of outsiders, MP Franklin Meyers (United People’s party) said it was very strange that the document to bring the team into existence was signed by then acting Justice Minister Richard Gibson Sr. who a short time before was cleared by the Prosecutor’s Office to become a minister. Prior to last year, Gibson had been proposed as a minister in 2014, but could not serve because of a pending investigation.

MPs Theo Heyliger, Claret Connor and Meyers, all of the UP, and MP Hyacinth Richardson (NA) spoke about being targeted by the Prosecutor’s Office based on false reports or rumours and they added the fear that this can happen to others in the community.

MP Ardwell Irion (NA) said more information is needed about the team to quell the fears and concerns of the public.