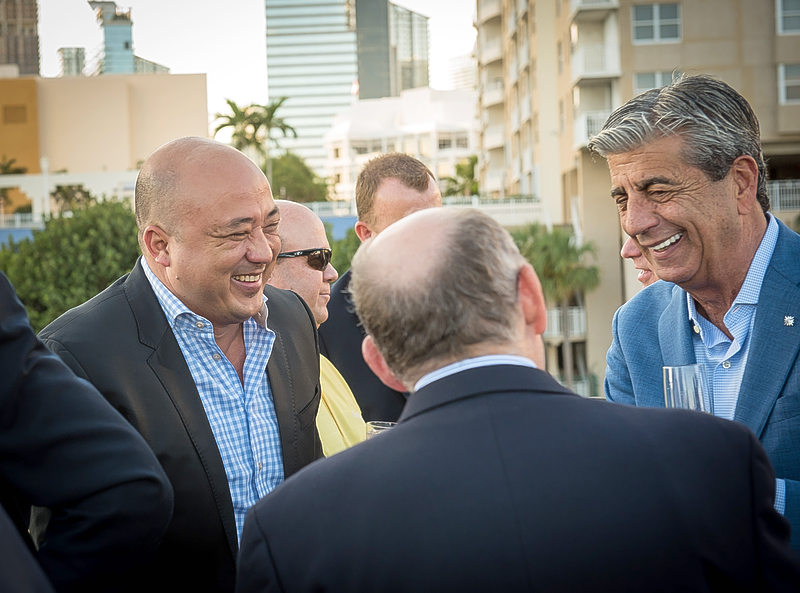 MSC Cruises which grew by 800 per cent since 2004, carried 1.67 million guests in 2014 and reported strong financial results with a turnover of 1.5 billion euro. In addition, MSC Cruises forecasted an additional 10 per cent growth in 2015. The cruise line employs 15,000 staff members around the world and is present in 45 countries.

Port St. Maarten has made considerable investments over the year such as the Walter Plantz Square. The Port is also looking into additional cultural and heritage experiences that cruise passengers are interested in which tells the story about the destination. Many of the passengers taking a cruise with MSC Cruises whose interests vary and want to learn more about the destination come from the European Union (EU).

“Because of the proactive approach by Port St. Maarten, cruise lines are interested in bringing more cruise passengers to the destination and we are at the stage of developing a strategic partnership. Very important is how cruise passengers enjoy their experience, and this has been very good. In order for the destination to continue to be ahead of the others, we have to continue to invest, and that is where Master Plan 2 comes into play.

“Strategic partnerships are necessary and that is how we can continue to sail into new opportunities that would result in business for the destination over the long-term,” CEO of Port St. Maarten Mingo said on Tuesday.

MSC Cruises has a fleet of 12 ships. In 2014 MSC launched an investment plan to support the second phase of growth and in April 2016, the cruise line ordered additional vessels for a total investment of nine billion euros for up to 11 new next-generation ships which will come into service starting in 2017 to 2026 making the cruise line the third largest.

MSC’s Seaside will be calling at Port St. Maarten on a seven-night Eastern Caribbean itinerary in December 2017. MSC Seaside will lead the way for a new generation of cruise ships with their revolutionary architecture and cutting-edge technology. This new ship will be the first vessel in the MSC Cruises’ fleet to be christened in the United States, and thereafter will be sailing in the Caribbean year-round from Miami’s port.