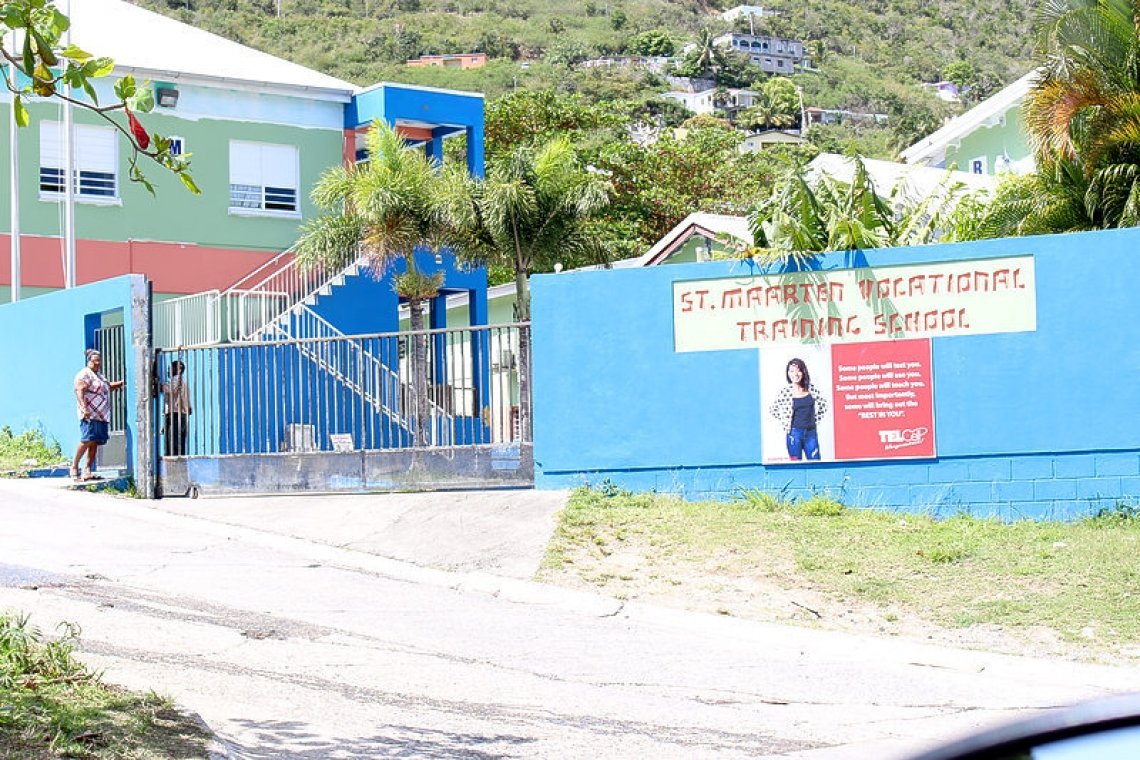 SUCKER GARDEN–The teenager J.J.B. who was gunned down in a home on Pendant Cactus Drive in Sucker Garden on Monday evening was a final-year student at St. Maarten Vocational Training School (SMVTS) in South Reward.

Minister of Education, Culture, Youth and Sport (ECYS) Ardwell Irion said on Wednesday that the student had been looking forward to graduating. The young woman A.M.S. who was also shot in the same home is in critical condition and has been flown to Colombia for further medical attention.

Irion said SMVTS students and teachers had been emotionally impacted by the tragic loss of the student and a collective effort had been made on Tuesday by stakeholders including police, counsellors and St. Maarten Student Support Services (SSSD) to offer counselling to the student body and teachers.

The team is also attempting to address the frustration and sadness students are feeling presently as a result of the incident. Individual and group therapy sessions will be provided for as long as is necessary, Irion said during the Council of Ministers press briefing on Wednesday.

He said working through grief is never easy and the Ministry is doing all that it can to provide the necessary support to those impacted by the incident.

Reports indicate that the late B. was shot four times – once in the jaw, once in the chest and twice in the shoulder, while S., was shot in the head and in the hip. Shortly after the shooting, a teenage boy J.A.B. turned himself in at the Philipsburg police station and told officers he was “involved in the shooting that had taken place in Sucker Garden earlier.” He was arrested and handed over to the Detective Department for questioning.

During the press briefing, Irion also alluded to the study financing recipient who apparently committed suicide in the Netherlands recently and the support being offered to the parent and those impacted by that incident. He expressed condolences to the parents and family and friends of the deceased.