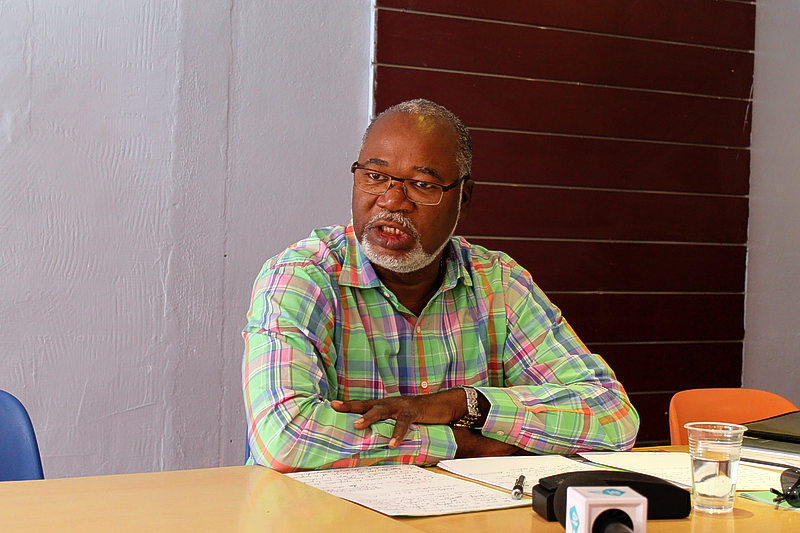 MARIGOT–Opposition Councillor Louis Mussington has warned that St. Martin could lose its representation in the National Assembly in Paris, because of its record of apathy when it comes to important elections as France seeks to reduce the number of its Members of Parliament (Député)

Very high abstention rates were registered for both the local Territorial Council elections in St. Martin and the Presidential elections recently.

French overseas territories are due to vote in the Legislative Elections this coming Saturday, June 10, and in a second round on June 17. Some 13 candidates are in the running to be the representative of St. Martin and St. Barths in Paris.

“Presently, there’s a consensus among the major political forces in France to reduce considerably the number of Parliamentarians to 300 or 350 at the level of the Senate (upper house) and the National Assembly (lower house),” Mussington disclosed. “If there’s not a large turnout in our voting district, chances are they will look at areas where there has been a low turnout and consequently conclude that that voting district does not need to exist.

“In order to preserve our right to have representation in the National Assembly, it is vital that everybody comes out to vote on election day to send a signal that we must have a representative from St. Martin. If we (St. Martin) get eliminated, we will be going backwards to where we came from; that is having someone from Guadeloupe representing us in Paris. That would be unacceptable.

“Another risk of not voting is that Marine Le Pen’s National Front also has a candidate for the election. If we don’t vote in large numbers, the risk is having a National Front candidate representing St. Martin in the National Assembly.”

Mussington also warned of not concentrating all political powers into one party.

“It’s not good for democracy to put all your eggs in one basket. There must be checks and balances. There must be a different party representing St. Martin at national level.”

The successful candidate is elected to the National Assembly, which is composed of 577 representatives, six of whom are from overseas territories, and 11 elected by French citizens established in foreign countries. He or she is engaged for a five-year mandate, participating in legislative work and specific work regarding control of government. The representative is also required to participate in one of eight permanent commissions.