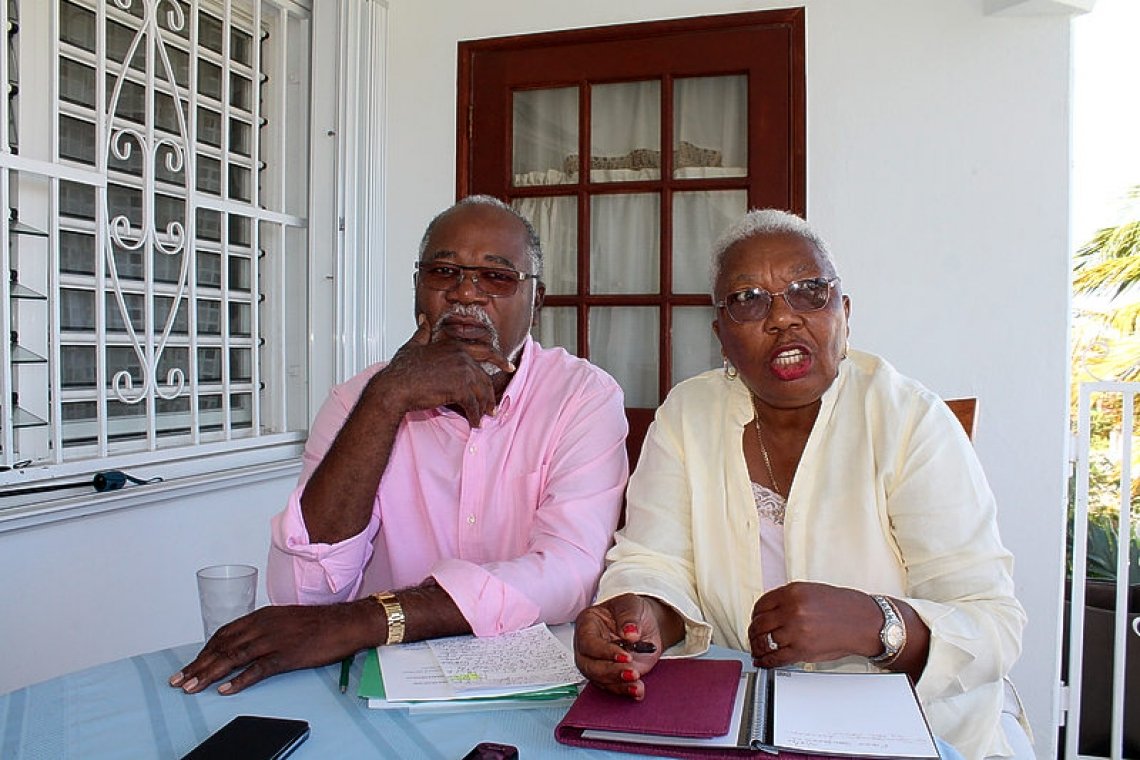 MARIGOT–Opposition leader and Movement for Justice and Prosperity (MJP) President Louis Mussington spoke out Tuesday to reporters on what he described as the “devastating” consequences of implementing a new management structure for Semsamar which ironically, he said, led to operational cost skyrocketing, chiefly due to high salaries of new executives, compared to cost before 2018.

Mussington claimed a victory when the administrative court ruled in his favour on February 13 and annulled two Territorial Council deliberations that he had challenged. The deliberations ultimately led to the change in the model of governance for Semsamar.

He had argued there was no clear motive to make the change as every member of the Council was entitled to decide, from reasons or justifications given, whether there was clear reason to change the governance, but there was no justification for it in contravention of Article 63-21/22.

“The true motive behind modifying the management structure, not mentioned in the report, was to dismiss former Director-General Marie-Paule Bélénus Romana, but that was hidden, a strategy to confuse voters by implying management was being returned to St. Martin,” Mussington claimed.

“But in essence the company has been dismantled. It was argued the salary of Bélénus-Romana was too high yet since new management has been put in place it has several key executives – including President and [Chief Executive Officer – Ed.] CEO Yawo Nyuidazi who was appointed on December 18, 2018, – on high salaries. A company was also hired to oversee legal and administrative matters. The point is that there is a big difference in operational cost now compared to before 2018. But Semsamar is not concerned about that.”

St. Martin is still 51 per cent majority owner of the mixed capital company which also operates in Guadeloupe, Martinique and French Guiana, but dividends for shareholders were frozen by President Emmanuel Macron. Some 15 million euros in dividends have been coming back to the Collectivité of St. Martin for the past nine years.

“The reality is that we have lost control of the direction of Semsamar,” Mussington lamented. “President [Daniel] Gibbs and his majority went along with what President [Emmanuel] Macron wanted. That is to have Semsamar under the full control of Caisse de Dêpots et Consignations (CDC). St. Martin is now suffering the consequences. So, don’t expect Semsamar to be doing any major work for St. Martin. And the Collectivité doesn’t have the technical expertise to carry out any investment programmes.”

Opposition Councillor Bernadette Davis concurred. “We’ve lost directional control. Our original objective of what Semsamar is supposed to represent for us, the economic arm for St. Martin, is now totally lost,” she said.

Mussington had hoped the court would suspend the whole operation to go back to the first stage, but was nevertheless happy with the ruling to go over the deliberations again for a new vote in the Council. He said he is going back to court to try to get decisions made by the Semsamar board of directors at the meeting on December 18, including the appointment of Yawo, annulled.

On another matter, Davis took issue with the state of the road network.

“You can’t go out there talking about bringing in new business and building new business on old infrastructure,” she said. “If you don’t develop your product, you don’t have an industry [tourism]. We had the opportunity after [Hurricane] Irma to revisit the product. The state of the roads today is appalling. So much time is wasted sitting in traffic when you could be more efficient and productive. These new projects coming on stream, are they really going to be added onto a weak road network?”

On a final note, Mussington and Davis both commended the Collectivité for its initiative in organising the Social Policies and Integration conference and meetings.

“We encourage everyone, especially the young people, to attend the meetings and let their voices be heard. At the same time the Collectivité must respond with a plan of action to not disappoint them,” said Mussington.