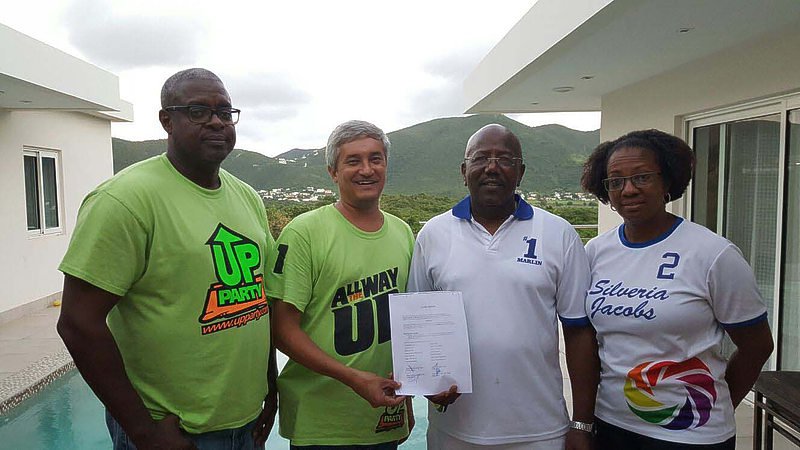 RICE HILL–They were bitter rivals on the campaign trail, but now the National Alliance (NA) and the United People’s (UP) party have signed an agreement to work together as the next government of St. Maarten. That Government will have 10 seats.

NA will retain the prime minister’s post, the Finance Ministry and the Education Ministry. The party will gain the Ministry of Public Housing, Spatial Development, Environment and Infrastructure VROMI.

UP will be in charge of the Ministry of Tourism and Economic Affairs, Justice Ministry and Public Health Ministry, Minister Plenipotentiary and the post Parliament Chairperson.

More details still need to be worked out .