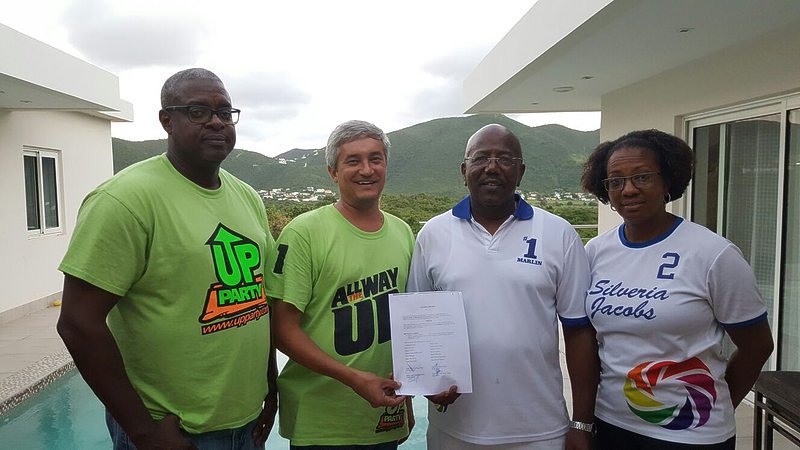 RICE HILL–They were bitter rivals on the campaign trail, but now the National Alliance (NA) and the United People’s (UP) party have signed an agreement to work together as the next Government of St. Maarten. That Government will have the support of 10 seats in Parliament.

NA will retain the Prime Minister’s post, the Finance Ministry and the Education Ministry. The party will gain the Ministry of Public Housing, Spatial Development, Environment and Infrastructure VROMI.

UP will be in charge of the Ministry of Tourism, Economic Affairs, Transport and Telecommunication (TEATT), the Justice Ministry, the Public Health Ministry, Minister Plenipotentiary and the post of Parliament Chairperson. More details still need to be worked out.

No candidates for any for the Ministers’ posts have been named. When this happens, the Minister candidates must past justice and integrity screenings before taking their oath of office before Governor Eugene Holiday.

It is anticipated that NA leader Prime Minister William Marlin and deputy leader Education, Culture, Youth and Sports Minister Silveria Jacobs will remain in the Council of Ministers. Their departure from Parliament would pave the way for incumbent MP Hyacinth Richardson and former Tourism Minister Romeo Pantophlet to enter Parliament.