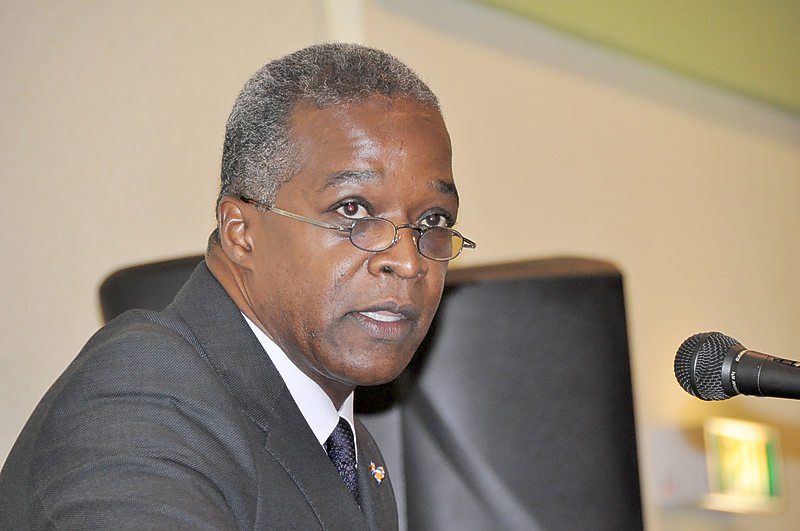 WILLEMSTAD — The Prosecutor’s Office in Curaçao demands a six-month suspended prison sentence, 240 hours of community service and a fine of ten million Antillean guilders (US $5.6 million) for former President of the Central Bank of Curaçao and St. Maarten (CBCS) Emsley Tromp for tax fraud.

Tromp managed the Central Bank from 1991 until earlier this month, when the new Supervisory Board recommended to the Ministers of Finance of both Curaçao and St. Maarten to dismiss him. He had been on non-active duty for some time.
According to authorities, he deliberately did not report all his income between 2006 and 2014. As a result, the treasury did not receive about NAf. 5 million guilders in taxes.
Tromp insists he did nothing wrong. His lawyer spoke of a “political trial.”