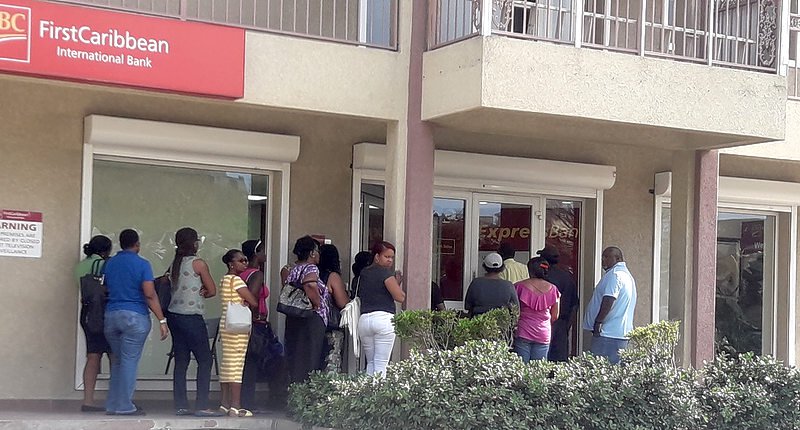 PHILIPSBURG–The NAf. 1,000 daily limit that had been placed on withdrawals by banks across St. Maarten shortly after the passage of Hurricane Irma has been discontinued, St. Maarten Bankers Association President Derek Downes told The Daily Herald on Wednesday.
This means that persons can now withdraw more than NAf. 1,000 daily from their accounts at the various banks in St. Maarten as well as at automatic teller machines (ATMs).
The Bankers Association placed a limit on withdrawals after Irma, applied to all banks in the country and all ATM withdrawals. “[There is – Ed.] no branch withdrawal limit anymore. ATM withdrawal limits are back to what they were for each bank,” Downes said.
The Association has also adjusted banking hours to 9:00am to 2:30pm daily. It decided on the latter on September 25 and the change went into effect on the same day. WIB will resume regular banking hours (8:30am to 3:30pm) at its opened branches as of Tuesday, October 10.