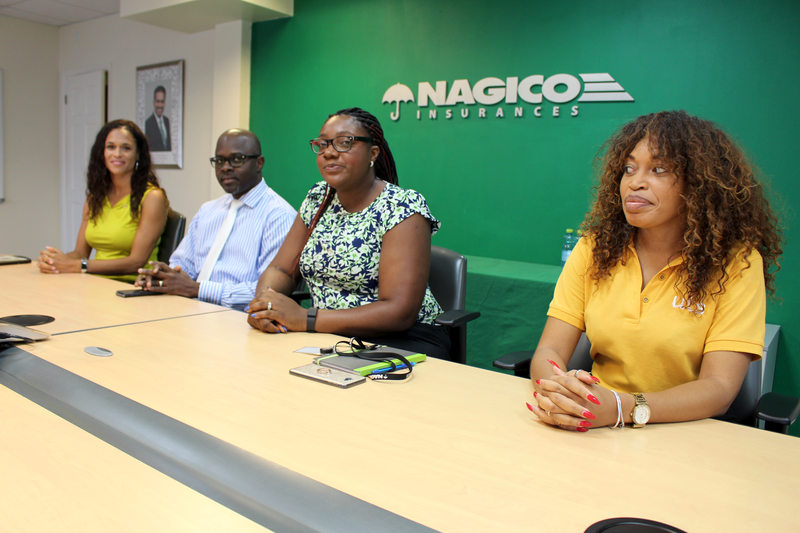 PHILIPSBURG–Corporate sponsors of the NAGICO Senior Calypso 2017 finals hosted a press conference on Thursday afternoon informing the public that they remain committed to sponsoring the show.

Organiser of the show Raw Promotions Foundation announced on Tuesday that the show had been cancelled due to lack of sponsorship. NAGICO Chief Executive Officer Dwayne Elgin explained during the press conference that NAGICO had teamed up with telecommunications company UTS and would have sponsored the show for US $20,000 as customary annually.

According to the sponsors, they were informed by Raw Promotions that the final show would cost $67,000 and wanted the companies to increase their contribution.

“NAGICO has always provided the funds for the winners of the finals. This was the agreement made with the St. Maarten Carnival Development Foundation (SCDF) before they outsourced the show to Raw Promotions headed by Fernando Clark,” stated Elgin.

Both sponsors wanted to set the record straight that they had not pulled sponsorship from the show. They continue to believe in the art form of calypso, but they are not prepared to increase their contribution, as $20,000 is what they can give between the two companies.

“We had an agreement with Raw Promotions to come out with a joint statement, but when we started hearing that Raw Promotions was out there making statements and our phones started to ring with lots of questions, we felt the need to host this press conference,” stated NAGICO Marketing Manager Lisa Brown.

The businesses reiterated that they would continue with their sponsorship if the show is not cancelled and it would be unfortunate if it indeed has been cancelled.

UTS Public Relations Officer Ivy Lambert said UTS was proud to be on board this year and hopes the show continues as UTS has committed funds for the show.

The Daily Herald attempted to contact Fernando Clark of Raw Promotions, but he did not return our phone calls.