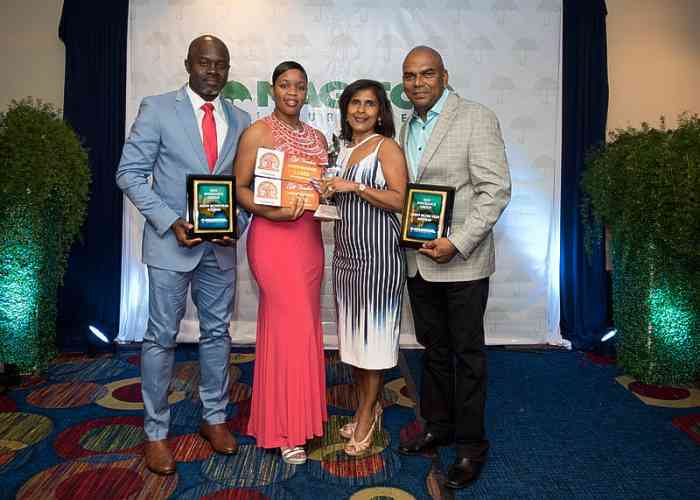 PHILIPSBURG–Agents and brokers from across the 21 territories in which NAGICO Insurances operates were recognized during a Regional Conference and Award Ceremony held in Trinidad and Tobago last Saturday.

The two-day event, which was held at Hilton Conference Center in Trinidad, saw more than 200 guests in attendance, and kicked off with a Conference on Friday morning. NAGICO’s success over the years is largely attributable to its intermediary network, so each year it dedicates time to recognise and show appreciation to these persons and also to share in a more intimate setting information about the Group status and its plans. Due to the passage of Hurricanes Irma and Maria, NAGICO was unable to host its annual event in 2018 as it was primarily focused on the handling of the voluminous claims received. Invited guests were given the opportunity to engage one-on-one with and hear directly from management and board of the Group.

NAGICO Insurances’ new Group Chief Executive Officer (CEO) Detlef Hooyboer delivered his first in person address to the agents and brokers, since assuming the role in January 2019, and took the opportunity to thank them for their support over the years. He also shared his vision for the future and invited the audience to share their feedback and ideas with him.

Against a backdrop of elegance and sophistication, the Group’s top performers were publicly recognised and presented with awards. There were many regional awardees, but specific to St. Maarten was Sun Insurance Brokers NV which earned the Intermediary of the Year title. Other top performing local agents and brokers that were awarded at the event were North Eastern Insurances, Henderson International, Oriental Insurances (OCI), Henderson Insurance, Rai Insurances and People’s Insurance Agency.

“We would like to again congratulate all of our agents and brokers for their tremendous support and tireless efforts over the years. We know that the insurance market has become even more challenging and competitive since the two major hurricanes in 2017, but you have weathered the storms with us,” Hooyboer said. “It is for these reasons and more that we wish to express our profound appreciation and gratitude to you and celebrate your accomplishments.”