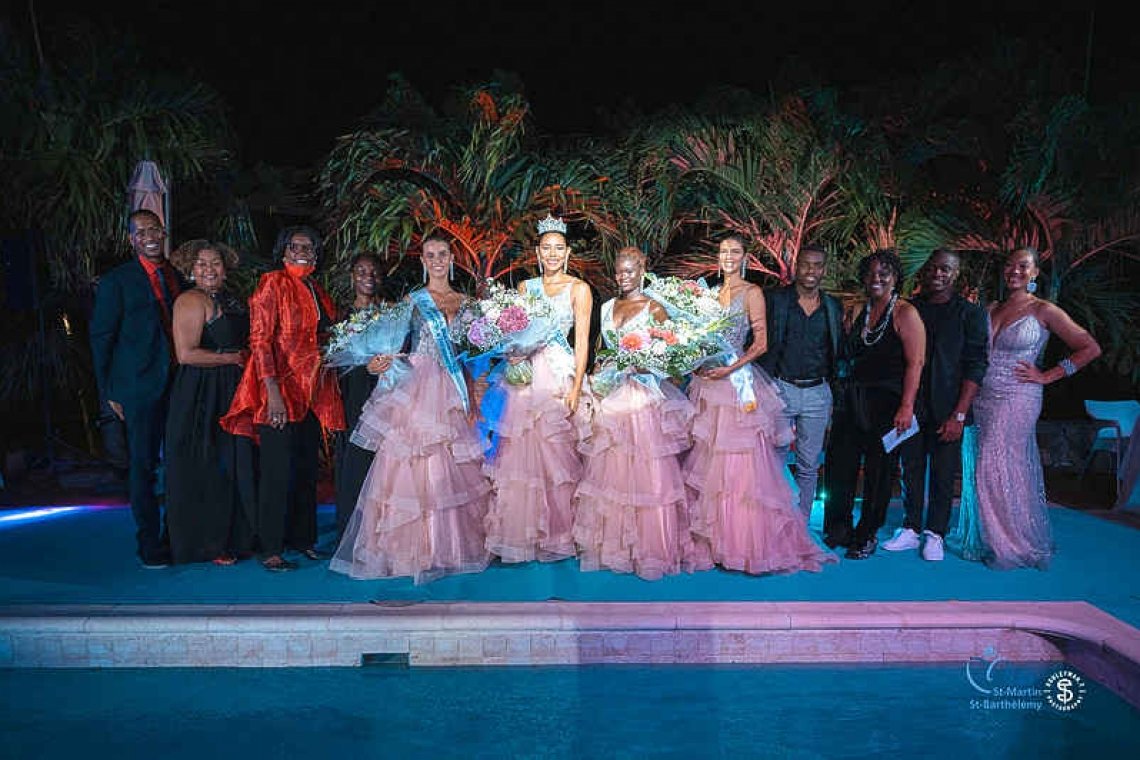 MARIGOT–Naïma Dessout was crowned Miss Saint-Martin Miss Saint-Barthelemy 2020 at a glittering gala evening held at the 978 Sanctorum Lounge in Rambaud on Wednesday evening. The event had been postponed from Saturday due to weather concerns.

Dessout (18) from Concordia, Marigot, was crowned by 2019 winner Layla Berry and now joins winners who have gone before for that once-in-a-lifetime experience of representing the two northern islands at the Miss France pageant to be held on December 12.

This year there were just four contestants vying for the title. Dessout clearly won over both a physical and on-line audience with her charm, capturing 56.86 per cent of public votes. She also won the Jury Prize, the Social Media public prize and the Sympathy Prize.

First runner-up went to Carla Deidda, who won the general culture prize. Beauty pageants tend to have a lot of embracing going on, particularly at the finale, but in this year of COVID-19 and physical distancing it was all the winner and first runner-up could do to fight instinct and not hug each other after that nail-biting moment waiting for the winner to be announced.

Entertainment during the evening was provided by Kenyo Baly and dancers from National Institute of the Arts (NIA). Emcees for the show were Sarolia Ada and Donovan Soudiagom.