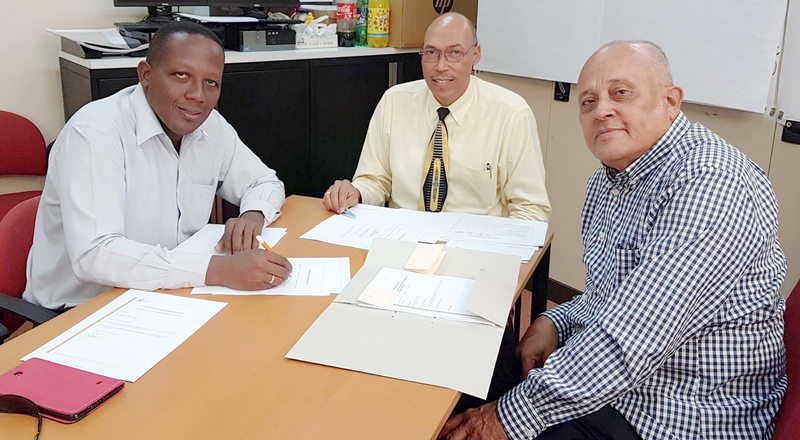 WILLEMSTAD–After days of discussion, all the names of the intended new Members of Parliament (MPs) in Curaçao are known, confirmed Chairman of the Supreme Electoral Council Raymond Römer.

Seven elected MPs of the incoming MAN/PAR/PNP/PS coalition became ministers and their legislative posts are vacant. The law requires that they are succeeded by the next candidate on the respective party’s electoral list.

The latter caused some problems within the biggest party MAN, because before the elections an internal agreement had been reached that the number of personal votes would be decisive. Number 6 on the list Yaël Plet nevertheless claimed his seat at the expense of the number 10 Wimbert Hato, who had more votes than Plet.

The new MPs must be installed as soon as possible for the new government to again have majority backing in the legislature. Opposition parties MFK and KdNT are already demanding the resignation of the Koeiman Cabinet due to a lack of support in Parliament, where the coalition currently has only four out of 21 seats.

Now taking legislative office for MAN in addition to Plet is Gassan Dawani. Amador Nita may soon be added, because the party’s current fraction-member Elsa Rozendal is still scheduled to be sworn in as Minister of Education, Science, Culture and Sports.

The other new MPs will be Curtley Obispo and Stephen Walroud for PAR, Sherwin Leonora and Melvin “Mac” Cijntje for PS and Henny Reinilia for PNP.