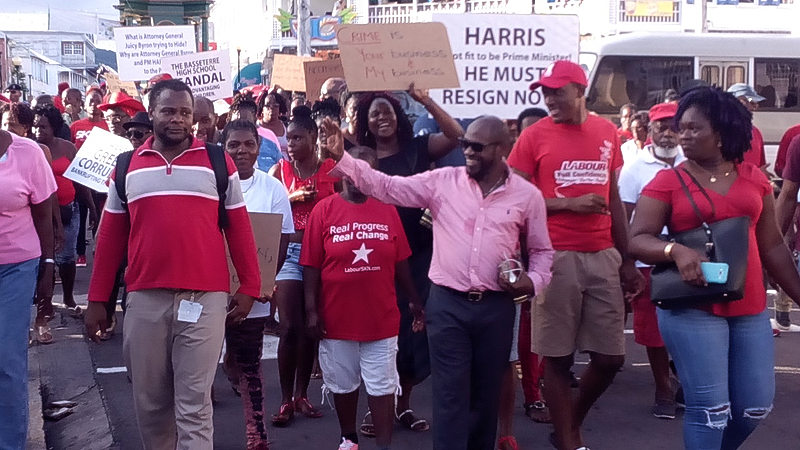 ST. KITTS–Prime Minister Dr. Timothy Harris has still not answered the question: Who in the government has been receiving money to protect Chinese fugitive Ren Biao?

Silent for five straight days after CaribUpdate broke the story, Prime Minister Harris spent the next three days dealing with the issue on a government-controlled radio talk show hosted by Special Envoy Michael Powell on Monday, May 8; in a nation-wide radio and TV address on Tuesday, May 9, and during a Press Conference on Wednesday, May 10.   But the question most people are asking has never been addressed.

China has accused the Team Unity Government of Prime Minister Harris of refusing to handover Ren, who is on Interpol’s wanted list for allegedly stealing US $100 million from a Chinese state company.

Chinese diplomatic sources have also disclosed that in an intercepted communication on April 16, Ren called relatives in Beijing seeking an additional US $190,000 to help to continue to pay for his protection by Kittitian authorities.

“This government knows that it has made a fundamental mistake in not attempting to deal with the issue when it should have done so. We know that for some reason, the government has failed to deal with this issue in the way they have dealt with similar issues,” said former Prime Minister and current Leader of the Opposition Dr. Denzil L. Douglas at the end of a protest march against corruption, on Friday.

“If a foreign country is going to accuse a government of corruption, blatantly and openly, don’t you think that the government should respond appropriately to this particular charge?” asked Dr. Douglas, adding: “Lack of a denial indicates there is something to hide. Who is this money going to? How long has this being going on? How much money has been paid so far?”

Declaring that the government needs to answer those questions, the former Prime Minister said the call must be reinforced that “Prime Minister Harris must resign.”

Dr. Douglas said the issue would affect not only the Citizenship by Investment programme in St. Kitts and Nevis, but the other programmes in Antigua and Barbuda, Dominica, Grenada and St. Lucia.

“This matter has gone beyond party politics because it affects the reputation of St. Kitts and Nevis in the eyes of nations around the world, as well as agencies including Interpol.