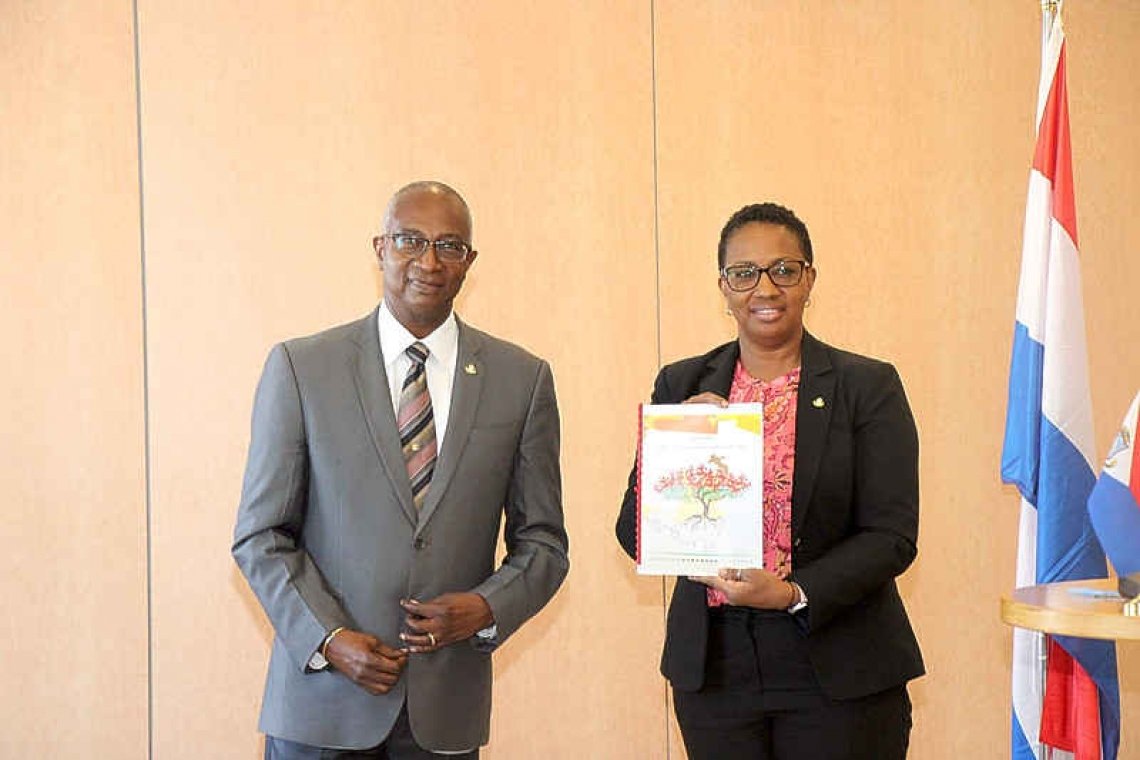 PHILIPSBURG–After seven years of work between government’s Department of Interior Affairs and Kingdom Relations BAK and the United Nations Development Programme (UNDP), the National Development Vision 2020-2030: The Nation Building Project was unveiled in a ceremony at the Government Administration Building on Thursday afternoon.

During the event, BAK representatives officially presented the document to Prime Minister Silveria Jacobs and Parliament Chairperson Rolando Brison.Beginning in early 2013, UNDP worked with BAK to produce a strategic vision for St. Maarten. It was to be “a document outlining future national development that will concentrate on development areas that will improve and advance the social, economic, cultural and environmental situation,” said government at the time.

According to a press release issued by government on Thursday, a baseline study was done in 2017 which served as a “point of departure in formulating a national development vision.”

“The key underlying objective of the National Development Vision is the transformation of St. Maarten into a compassionate, strong and decisive country that will be economically resilient and capable of sustaining its own development and providing an enhanced quality of life and wellbeing for generations to come.“The vision will be achieved together with the input of the private sector and key non-governmental organisations [NGOs – Ed.],” said government.