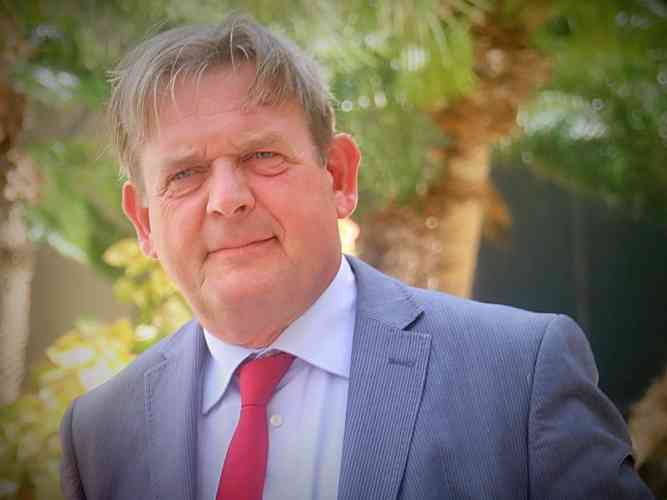 SABA/ST. EUSTATIUS–Elderly who live on or below the poverty threshold in the Caribbean Netherlands face several problems. They have too little money to cover their basic needs, there are too few (care) facilities and they do not know which arrangements they are eligible for. That is the conclusion of National Ombudsman Reinier van Zutphen, who is also the Ombudsman for Bonaire, St, Eustatius and Saba, in his report Focus on the Elderly in the Caribbean Netherlands, about poverty-related problems.

“It is not uncommon for the elderly in the Caribbean Netherlands to live under inhumane conditions. The implementation of a policy that secures their livelihood must really be given priority,” Van Zutphen said.

The Ombudsman has found that elderly who only receive an AOV pension are hardly able, or even unable, to make ends meet. Many of them live in bitter poverty. The cost of basic needs in the Caribbean Netherlands is often twice as high as in the European Netherlands, while the AOV pension is roughly equal to the Dutch AOW.

The cost of housing is high and groceries are expensive. Many seniors cannot afford to buy fresh fruits and vegetables, and elderly who are entitled to special benefits (“bijzondere onderstand”), in many cases are unaware of that due to a lack of poverty prevention. That causes them to end up below the poverty threshold even faster.

In the Caribbean Netherlands, there are insufficient facilities for the elderly, the Ombudsman states in the report. There is no public transportation, for example, or it is very limited, causing the elderly to become isolated.

Because of the lack of transportation, they also depend on local shops near their homes. They cannot visit multiple stores to look for bargains, and their groceries end up being even more expensive.

The elderly often depend on day centres for meals, but these do not have sufficient capacity. There is limited availability of domestic-care services, and there are no specific rehabilitation centres.

“Despite all their problems, the elderly in the Caribbean Netherlands hardly complain about their situation, because they are too proud and mostly also too ashamed to do so. But their situation is not acceptable and has to be improved as soon as possible. All governments have to press ahead now, in all fields at the same time,” Van Zutphen said.

According to the Ombudsman, an integrated approach with strong coordination is needed to ensure the livelihood of the elderly in the Caribbean Netherlands. The measures announced by State Secretary of Social Affairs and Employment, Tamara van Ark in her letter to the Dutch Parliament of June 27, in his view, are not sufficiently specific. It is unclear to the Ombudsman which government will take which actions and when, and who will be supervising the process. Also, all indications are that the increase of the AOV pension announced in the letter to Parliament, is not sufficient.

The Ombudsman, therefore, considers it necessary to set up a “Caribbean table,” in which all departments that have a task within the Caribbean Netherlands participate under the coordination of the Ministry of Home Affairs and Kingdom Relations.

“Government bodies currently focus too much on their own tasks, responsibilities and budgets,” said Van Zutphen. According to the Ombudsman, the government must look at the living conditions on the islands from the point of view of that group of people. Therefore, he recommends pro-actively involving elderly and caregivers in policymaking.

Today, Wednesday, the National Ombudsman will discuss his report with representatives of the government and social organisations in Bonaire. By doing so, he wants to initiate a dialog between the government and the caregivers, as a first step toward improvement of the facilities for the elderly in the Caribbean Netherlands.