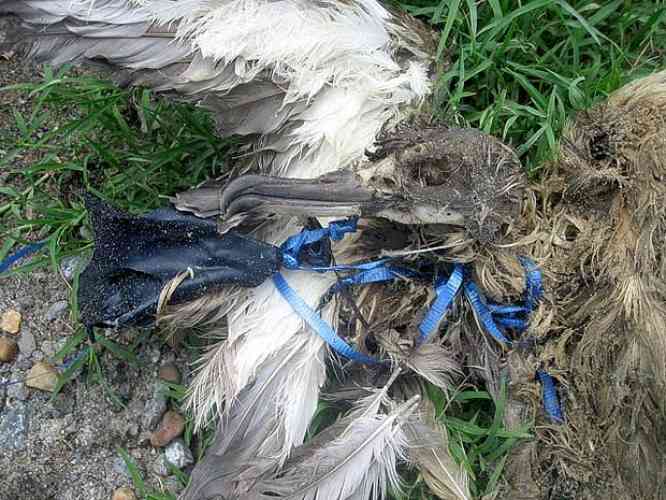 COLE BAY–St. Maarten Nature Foundation would like to raise awareness about the harmful impacts of balloons on the environment, marine and wildlife and is asking the community to refrain from using balloons, which have been the primary accessory of celebrations since the 1800s.

Balloons serve as a fun and pretty decoration for birthdays, weddings, graduations, festivals and many other events. However, after the party ends, balloons can remain in the environment for many years, threatening the health and survival of countless animals via ingestion and entanglement.

Although latex balloons are regarded as biodegradable, this is a misrepresentation, as latex balloons can still take months to years to completely break down and can cause a lot of damage in that timeframe. Mylar balloons are not considered bio-degradable and can remain in the environment indefinitely, the Nature Foundation said.

Sea turtles are especially susceptible to these risks, the foundation said. Brightly-coloured balloons floating in the ocean can look a lot like jellyfish and sponges, a primary food source for many sea turtle species.

A study by University of Queensland, Australia, found that one in three sea turtles have eaten marine plastic, including balloons. In addition, many animals, especially birds, can become entangled in balloon strings, causing suffocation and restriction of movement and feeding. Most often balloon strings are made out of plastic, meaning they do not biodegrade and can go on to harm multiple animals.

“Even if balloons are not released during parades and celebrations, balloons can easily be blown away due to wind, rain and accidental release. For example, numerous balloons were lost during the recent Carnival Balloon Parades. What goes up must come down and ends up in our environment. Several balloons were found to be in our waters and nature after Carnival parades.

“This continues up the food chain and causes large animals like dolphins and even whales to have plastics in their tissues, and puts humans at risk as well,” the Nature Foundation said.

The foundation is committed to the reduction of all plastic pollution, including balloons, and provides tips on how to save the environment by reducing and eliminating balloons.

“Under no circumstance let go of balloons outdoors. There are many alternatives to releasing balloons, including lighting candles, planting flowers or trees or blowing bubbles. These options are just as good – if not better – for celebrating achievements or honouring a loved one without harming the environment.

“Use reusable decoration instead of balloons. Try using flags, banners, kites, garden spinners and dancing inflatables. These options are reusable, saving you money in the long term and improving the environment. Or use biodegradable decorations such as paper streamers or tissue paper pom-poms.

“If you have to have balloons, go for the latex variety over mylar. While neither of these options is good for the environment, latex is better. Also, try using natural cotton string rather than plastic ribbons to tie your balloons. When you are done with the balloon, make sure to pop it and dispose of it properly.

“Lastly, pick up any balloons and ribbons you see on the ground. Even though you didn’t litter the balloon, it is up to all of us to work together and make sure our environment is safe and healthy for our marine and wildlife,” the Nature Foundation said.