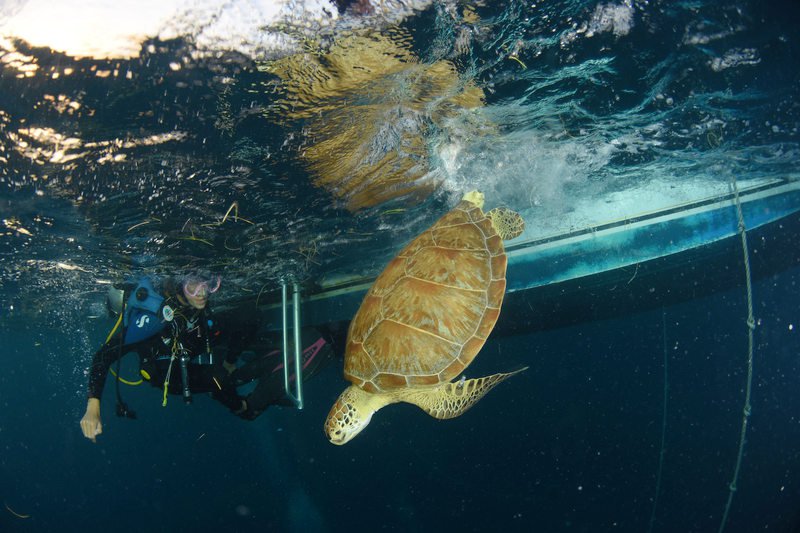 PHILIPSBURG–St. Maarten has recorded its first successful sea turtle nest of the 2016 nesting season, with a successful nest being recently recorded at Gibbs Bay beach.

St. Maarten Nature Foundation has also been collaborating with the University of Groningen and Wageningen University and Research Centre IMARES, the Netherlands, on a Dutch Caribbean sea turtle project funded by the Netherlands Organisation for Scientific Research in measuring and tagging green and hawksbill turtles foraging in the waters around St. Maarten.

“This project is a part of our work to conserve and protect these endangered species from extinction, and we hope that with the results we can conduct better management actions to ensure that these very important animals make a successful recovery,” commented Nature Foundation Manager Tadzio Bervoets.

To reverse this trend, all sea turtle species are now protected by international laws and treaties as well as local laws. Based on Articles 16 and 17 of the Nature Conservation Ordinance St. Maarten it is illegal to kill, wound, capture or pick up sea turtles.

It is also illegal to directly or indirectly disturb their environment resulting in a physical threat or damage, or to commit other acts which result in disturbance of the animal. It is also forbidden to disturb damage or destroy sea turtle nests, lairs or breeding places. Also, it is forbidden to pick up or to destroy the eggs of any species of sea turtle.

The Foundation relies heavily on volunteers to assist in its activities and welcomes any volunteers who would be interested in working with sea turtles.

Beach communities in particular are in the best position to help ensure that females nest safely, that nests are left undisturbed and that hatchlings make it safely to the sea.

This year the Nature Foundation also urges restaurants and beach bars along the major nesting beaches to refrain or limit the use of beach bonfires and artificial lighting which can seriously reduce the survival rate of sea turtles.