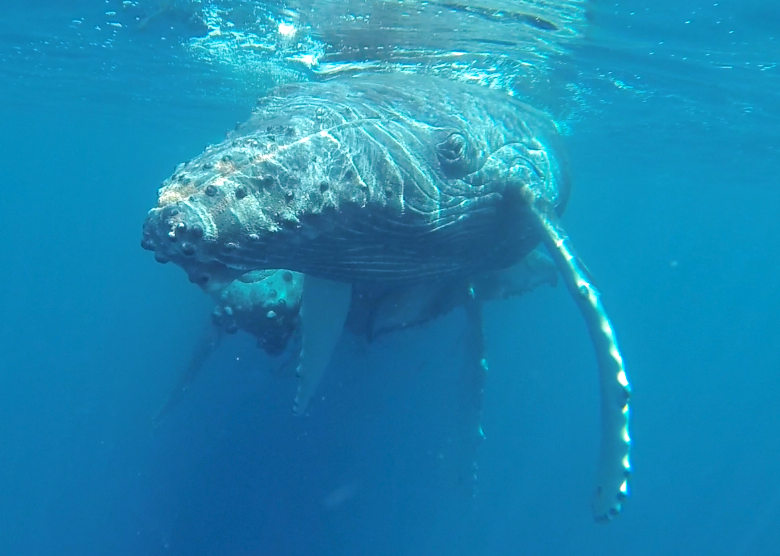 COLE BAY–Nature Foundation has started its Marine Mammal Monitoring Project which will run until May and entails a wide scale census of all Marine Mammals found in St. Maarten/ St. Martin territorial waters, including within the Man of War Shoal Marine Park.

Several questions are hoped to be answered as a result of the study, including most numerous species, migration routes and dates, and the feasibility of regulated wild whale and dolphin watching trips.

The Foundation hopes that St. Maarten will become a signatory to the Marine Mammal Sanctuary being established in the North-Eastern Caribbean, said Tadzio Bervoets, Foundation Manager.

The project is in cooperation with Dolphin Defenders St. Maarten, Reserve Naturelle of St. Martin and St. Barths, Dutch Caribbean Nature Alliance and various other partners.

From February to May several hundreds of Humpback Whales migrate from the northern Atlantic to areas within the Caribbean to give birth and nurse their young before heading back up north.

There is a significant marine mammal population in the waters surrounding St. Maarten, including numerous species of whales and dolphins. St. Maarten lies within the area of the Western Atlantic where various whale species come to give birth to their young. Numerous other species of whale and dolphin, including sperm whales and several types of dolphins, make their home in local waters.

During research conducted in conjunction with the French Marine Reserve, the MEGARA Foundation and the AGOA Marine Mammal Sanctuary satellite tags were placed on eight Humpback Whales and their migratory patterns tracked.

This year research will also again be conducted on whether or not St. Maarten whales have any connectivity with whales which migrate through the waters of the Yarari Marine Mammal Reserve, a recently established marine mammal sanctuary in Saba and Bonaire.

The Man of War Shoal Marine Park had a considerable number of recordings of both whale and dolphin species which adds considerably to the biological value of the Park.

Acoustic recordings of Male Humpback Whales singing will also be taken at various points in the waters surrounding St. Maarten using specialized recording equipment donated to the organization by the IMARES research institute in the Netherlands.

The public can listen to the local whale songs and look at videos and photos of marine mammals in the local waters on Nature Foundation’s YouTube and Facebook pages.

Persons interested in participating in the marine mammal census can send an e-mail to [email protected]/* */ and request a sighting form. Various charter boat and dive operators have been given copies of forms which they can distribute to their clients.