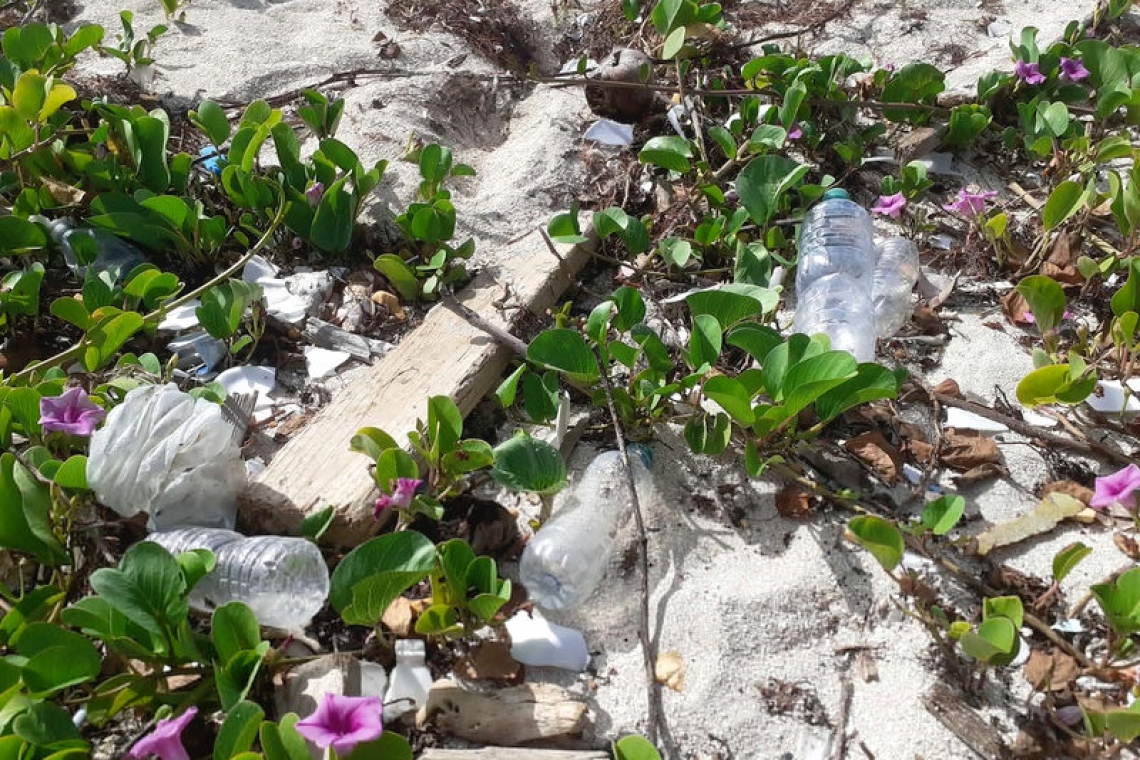 Plastic bottles on the beach.

PHILIPSBURG–St. Maarten Nature Foundation has called on Parliament to pass the legislation proposed by Member of Parliament (MP) Sarah Wescot-Williams that would ban single-use plastic bags, plastic straws and Styrofoam.

The foundation has been advocating a ban on these items for several years due to their impact on St. Maarten’s environment.

“Recently, many Caribbean islands surrounding St. Maarten have already banned or have announced a ban on single-use plastics. However, until today, St. Maarten stays behind,” said the foundation in a press release on Wednesday.

“Over half of the Caribbean nations have implemented some sort of plastic ban already, whether it’s straws, bags, Styrofoam or all plastics. St. Maarten is one of the few that has no legislation in place yet.

“The French side of the island has passed a single-use plastic ban for the start of the new decade and we can learn from them. I believe people are afraid of the economic cost of biodegradable or reusable options. However, as resources are dwindling and ecosystems are suffering, there will be an even greater economic burden placed on people,” said Nature Foundation intern Grace Hansen.

“Plastics have extreme durability. Therefore, it does not break down or biodegrade. It only breaks down into smaller pieces. Plastic particles less than five millimetres (mm), or the size of a small red ant, are considered microplastics.

“One study found that 90 per cent of birds and fish have ingested microplastics or large pieces. These microplastics work their way up the food chain through a small fish ingesting a piece, then a larger fish ingesting the [small – Ed.] fish and so on until it reaches humans and accumulates in us.

“An estimated two out of three fish in the world have ingested plastic. Therefore, if it is part of your diet you most likely have ingested plastic as well. There have been little to no studies as yet on the long-term impact of ingesting plastics on human health,” said the foundation.