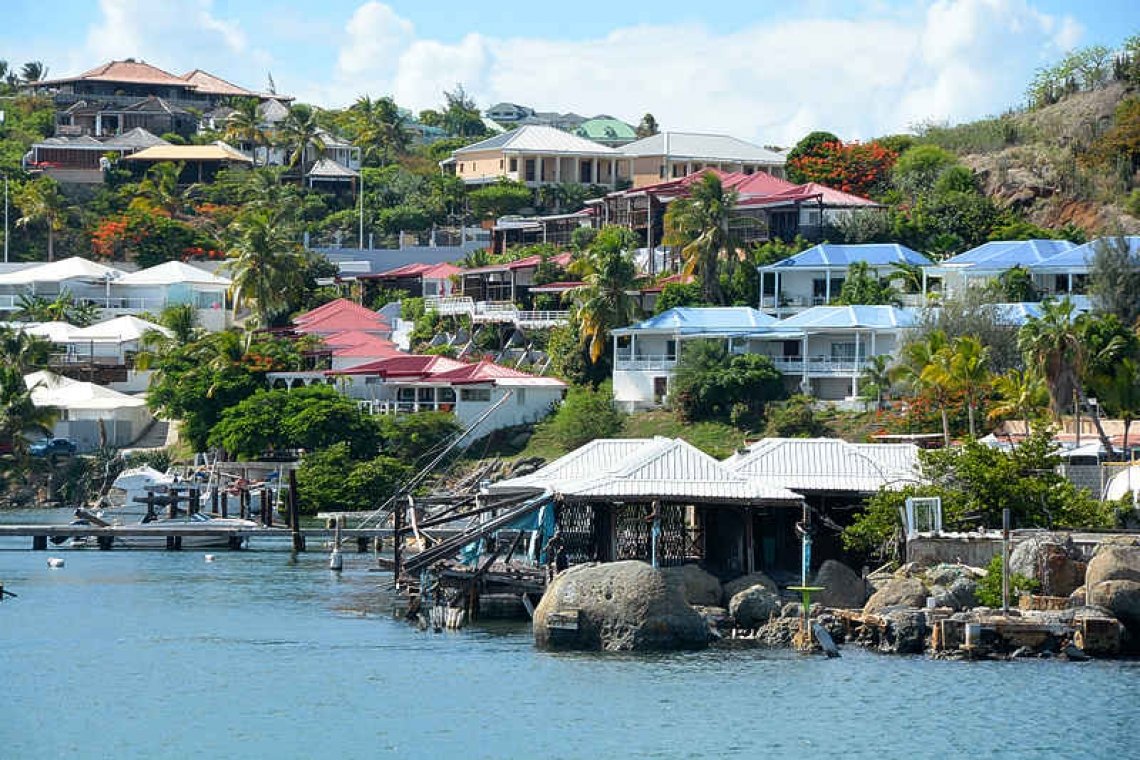 .~ Solution for Captain Oliver’s being worked on ~

THE HAGUE–Four years after the preparations started for negotiations regarding the land border between Dutch St. Maarten and French St. Martin at Oyster Pond, there is still no final solution for this dispute.

The countries are still in the preparatory phase, according to Dutch Foreign Affairs Minister Stef Blok. But a pragmatic solution is being sought for Captain Oliver’s in the meantime.On the request of the Second Chamber of the Dutch Parliament, specifically Ronald van Raak of the Socialist Party (SP), Blok sent an update on the developments with regard to the dossier of demarcating the border at Oyster Pond, and the talks between the Dutch Kingdom and the French Republic.

During a debate in the Second Chamber on July 1, Van Raak asked for an update.In 2016, a start was made with the preparations for the negotiations. Due to Hurricane Irma in September 2017, the preparatory process was delayed in subsequent years. The minister stated that the preparatory phase, consisting of identifying the parts of the border in dispute and registering the legal position of both parties, is still ongoing.The last technical meeting took place in April 2019, during which it was decided that France first needed to further clarify its position on the land border. For this purpose, France carried out a technical mission in St. Martin in September 2019.

The Dutch Kingdom had already concluded the technical part before the April 2019 meeting.Initially, technical follow-up meetings were to take place in the latter part of 2019 with as objective to conclude the preparatory phase and to start the formal negotiations late 2019. “In the latter part of 2019, France indicated that it needed more time for the processing of the technical mission, and as such it could not yet share those results.”

In April 2020, the results of the French technical mission were intended to be shared, based on which that same month, or in May, a technical meeting could take place in The Hague in preparation for the start of the formal negotiations. However, the COVID-19 measures disrupted the planning. France has informed the Kingdom that it will be able to share the results this summer.

As for the consequences for Oyster Pond, Minister Blok confirmed that the dispute, which in essence is about whether the border goes through the middle of the water or along the North shore, has an impact on the company Cactus Tree NV which has a restaurant and marina at the docks on the North shore, locally known as Captain Oliver’s.The Dutch side has not been hindering the reconstruction of this property, which was badly damaged by Hurricane Irma, stated Blok.

“However, the owner has indicated that she fears for the actions of the French government and that she was looking for guarantees to prevent such actions.”According to Blok, the Kingdom is willing to cooperate with France to find a solution for the Captain Oliver’s issue.

“This desire has been discussed several times with France, whereby a pragmatic solution is sought in the short term without having consequences for the legal positions in the land-border negotiations, now that these negotiations will still take some time to conclude.”

For this reason, the Kingdom is working on a proposal for a joint pragmatic solution to offer Cactus Tree NV the necessary comfort, and to facilitate the reconstruction. “France is willing to cooperate, but unfortunately this process was delayed due to the political developments in St. Maarten, the cancelling of the planned four-party consultation late 2019 in anticipation of the new (interim) St. Maarten government and the COVID-19 crisis,” stated Blok.

In November 2019, Cactus Tree NV initiated a court case against the Dutch State and the Country St. Maarten. The company is holding the governments of the Netherlands and St. Maarten accountable for the loss of income due to an unlawful deed.The Netherlands is accused of having neglected to tackle the border dispute between the Kingdom and France in an effective manner and of not having sufficiently protected the company against the actions by France.St. Maarten is being blamed, among other things, for not taking any action and for obstructing the reconstruction by not issuing a new, adapted building permit.

The Dutch State and St. Maarten are defending their positions in this. The procedure is still ongoing, the minister noted.Blok assured his support to solve the situation at Captain Oliver’s. “Together with France, I will continue my efforts to arrive at a pragmatic solution for the situation in Oyster Pond.

Also, I hope that the consultations about the land border, in case the COVID-19 situation in all involved countries allows these talks to continue, can proceed shortly.”