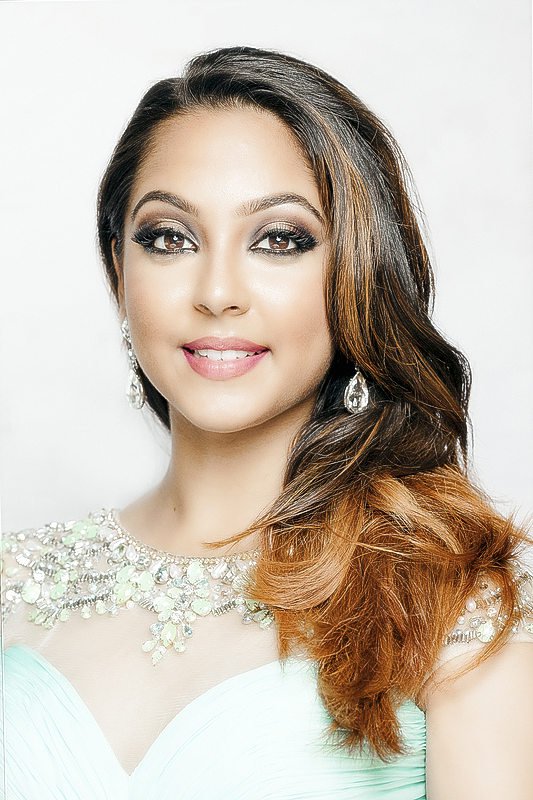 Gidwani holds the title of Miss India St. Maarten/St. Martin. She was the first runner-up in the Miss Sari 2014 and captured the same position at Miss Sari International 2014 held in Guadeloupe.
The young woman is an active member of two service clubs – St. Maarten Leo Club and the Interact Club of St. Dominic High School. She said joining the clubs helped her become more outgoing. “I wasn’t the most outgoing person back then and really wanted to crack my shell.”
The process of breaking out of her shell was aided by her serving as secretary for the Interact Club. She was propelled to the presidency, a post she holds today. “My presidency is coming to an end this school year and I will be Immediate Past President giving guidance to the Incoming President.”
Gidwani is a multi-tasker. She is also assistant secretary of the Leo Club. “I love giving back to the community as well as helping those in need. I must say that I have grown more in the St. Maarten Leo Club because of the mix of students from different schools as this club is community based.”
Through her service club experience, the student who aspires to be a design architect said she feels ready to represent the island in the worldwide pageant. “Art is my hobby and I absolutely love sketching,” she said.
Apart from visual art Gidwani is also a trained dancer. She has trained in ballet for eight years, Indian classical dance for nine years and counting, and modern contemporary for two years. She won first place for Indian classical dance and modern contemporary in a group in a competition held in Guadeloupe in 2013.
Gidwani was chosen by the Miss India St. Maarten pageant franchisee, Sri Trishul Foundation, to represent the island at the pageant. She was preceded at the pageant by Dipti Budhrani (2015) and Kiran Jivnani (2014). The pageant focuses on entrants’ Indian heritage and connections to the places where they live around the world.
The Sri Trishul Foundation encourages the community to support Gidwani on her way to the pageant where she will be an ambassador for the island.