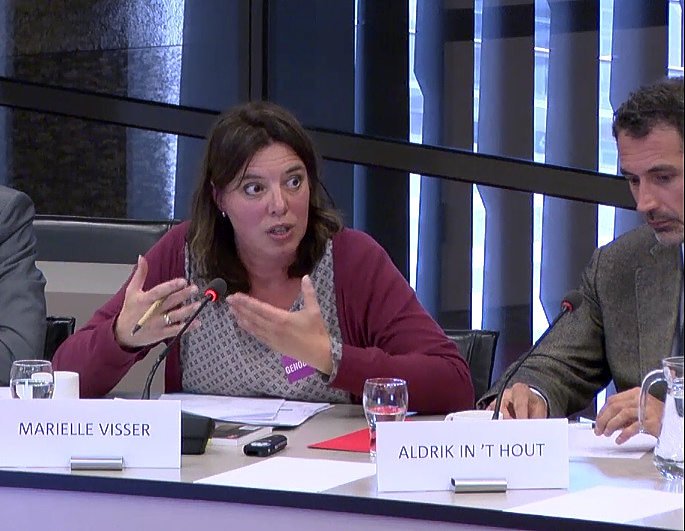 THE HAGUE–A shortage of teachers in St. Maarten and the mental impact of hurricane Irma are currently the main concerns of the Dutch Ministry of Education, Culture and Science. The care for students who moved to the Netherlands appears to be sufficient for the time being. This became clear during a briefing by Ministry-representatives for Dutch Members of Parliament.

“An estimated 80 to 100 teachers left St. Maarten after Hurricane Irma. A certain number is planning to return, so there might be sufficient teachers,” said Aldrik in ’t Hout, Dutch Ministry of Education programme manager for Curaçao, Aruba and St. Maarten.
He applauded St. Maarten Education Minister Silveria Jacobs for her efforts to get the school system up and running. “The local government has recovered surprisingly fast,” he said.
However, he also made clear there is a risk of a shortage of teachers. “We are currently seeking possibilities to help teachers who want to return, all in close cooperation with the local government. A shortage of personnel might become a problem at a certain moment. It is not possible to simply open a tin can of available teachers, a challenge we also faced with regard to the three Dutch Caribbean Islands,” In ’t Hout said.
In addition, there are some concerns about the psychological impact of the hurricane, an issue that was also mentioned by Dutch Minister of the Interior and Kingdom Relations Ronald Plasterk during his visit. In ’t Hout referred to an advice by the United Nations Children’s Fund UNICEF that the mental impact for students and teachers should not be underestimated.
“Many teachers have damaged homes or are homeless. Schools where education is resuming will use the first two days to process all that has happened,” he said. “With the cancellation of the fall break, students have missed about three weeks of education. Whether the students will be able to compensate this study delay depends on the mental impact of the devastation.”
The Second Chamber committee for Education, Culture and Science invited In ’t Hout following a statement by CSG Dingstede, a school in the Dutch town of Meppel. In September, it offered to provide education for St. Maarten exam students.
Dutch Minister of Education Jet Bussemaker said it was a beautiful gesture, but advised against it. She said the Government of St. Maarten gave priority to education for exam students and it would be better for the wellbeing of students to stay in St. Maarten with family and friends.
“Is there another way schools and students can help St. Maarten?” asked Lisa Westerveld, Member of Parliament for the environmental party Groen Links.
Antje Diertens, MP for D66, asked about the support by Dutch schools for the students who nevertheless moved to the Netherlands and Michel Rog, MP for the Christian CDA, asked for a comparison with the French side of St. Maarten.
In ‘t Hout said he had little information about education in French St. Martin, as both sides of the island mostly focus on their own problems.
Ministry representative Marielle Visser said there is no clear picture of the number of students who moved to the Netherlands. Most of them travelled alone or with their parents and stay with family or friends in the Netherlands. The Dutch schools where they register will provide the necessary support and offer education at each student’s level. “But we have no indication that there might be serious problems,” In ’t Hout said.
Finally, he advised against initiatives where people donate old chairs or tables for schools in St. Maarten. “We are not able to travel through the Netherlands and pick up old furniture. Professional organisations purchase the supplies that are necessary. If people want to help, they should donate money,” he said.