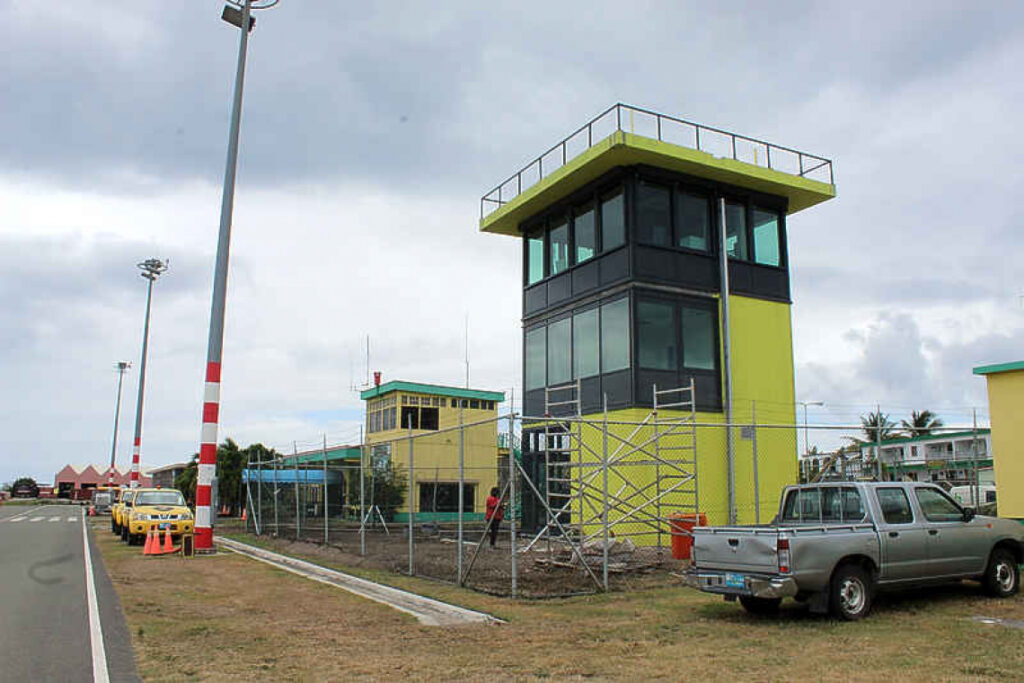 ST. EUSTATIUS–Persons travelling to and from St. Eustatius will soon be able to do so via the new F.D. Roosevelt Airport terminal building, as the facility is expected to be operational as of June this year.

The construction of the new airport terminal building and Aerodrome Flight Information Service Officers (AFISO) tower are near completion.

Due to its historical significance, the new terminal building will carry the same name as the existing one. The airport was named after the late American President Franklin Delano Roosevelt. The transition from the old to the new building is scheduled for the beginning of May.

The existing airport terminal will still be in operation until the new building is open and operational. The construction of the airport was financed by the Dutch Ministry of Infrastructure and Water Management and was executed under the supervision of the Directorate General for Public Works and Water Management (“Rijkswaterstaat”) in the Netherlands and the Directorate of Economy, Nature and Infrastructure of the Public Entity St. Eustatius.

The existing airport terminal building was damaged during the passing of Hurricanes Irma and Maria in 2017. A development programme to renew the facilities of the airport started in 2017.

The characteristics of the new terminal were guided by the airport masterplan. The new airport terminal roof measures 1,100 square metres in area and its inner space 700 square metres. There will be a total of four check-in desks, three airline offices, luggage screening and a full PAX and staff airside screening.

The waiting area at the gate offers 44 seats and there will be a landside bar, an arrival baggage-claim roller bed, Customs check area, storage rooms, a meeting room and a security and control room. The building is constructed to accommodate future expansion.

The tower consists of three stories with a floor area of 136 square metres. The cabin has a 360-degree view and functions as an operational room for flight and airside safety and for communication purposes.

The project was contracted to Van Boekel Bouw and Infra BV, which subcontracted other specialist companies from the Netherlands as well as some local companies to execute different tasks during the construction process.