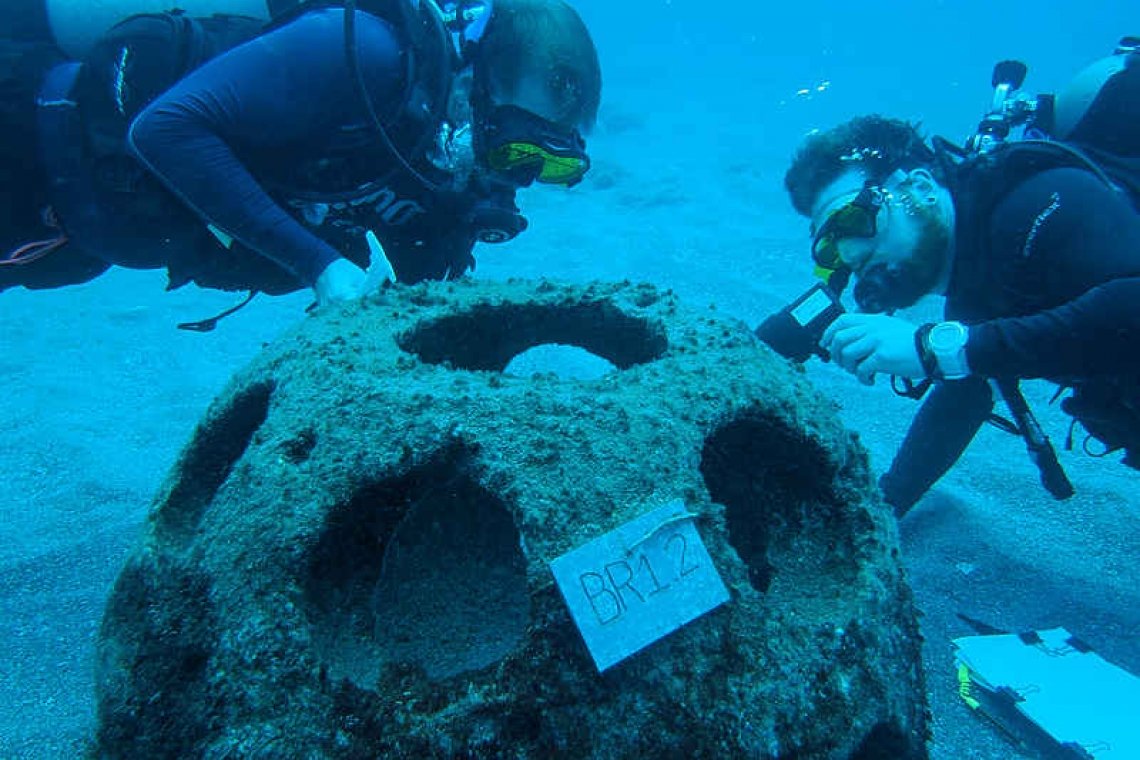 The results of this study were used to design a better-working artificial reef, the Moreef, which is now being tested in Saba. Modular Restoration Reef Moreef modules can be stacked, creating a large, more complex artificial reef.

Coral reefs in the Caribbean have been slowly degrading since the 1970s. Initially this degradation was due to diseases that wiped out most of the black sea urchin, the most important herbivores, and Acropora, the most important reef building corals. Combined with additional threats such as hurricanes, increased seawater temperatures and human-led pollution, coral cover around Saba and Statia has decreased to less than 10 per cent.An artificial reef is a human-made underwater structure, typically built to locally increase biodiversity and productivity. Artificial reefs are gaining popularity as a way to provide increased substrate for coral recruitment and shelter, foraging areas and nursery grounds for fish and other reef creatures.Although there are many artificial reef designs, little research has been done to compare the effectiveness of different designs.Researchers from University of Applied Sciences Van Hall Larenstein, Wageningen Marine Research, Wageningen University, Caribbean Netherlands Science Institute (CNSI), St. Eustatius National Parks STENAPA, Saba Conservation Foundation and Golden Rock Dive Centre worked together in the Artificial Reefs on Saba and Statia AROSSTA project, in which the fish abundance, biomass and species richness of three different artificial reefs was compared.

The three designs were selected based on their popularity and availability within the Caribbean. The Reef Ball artificial reef has become increasingly popular, with more than 600,000 units deployed worldwide. This reef is made of concrete and has a domed shape with many holes, allowing fish to enter and exit the reef easily.The second design is the layered cake artificial reef, which has the same outer shape as the reef ball, but includes multiple layers on the inside, providing a more complex habitat for fish.The final design was constructed with local basaltic rock, which was used to create a pile with the same dimensions as three reef balls or layered cakes.

Beginning in May 2017, four locations were selected around Saba and Statia. At each location, four different treatments were tested (reef balls, layered cakes, a rock pile and a control consisting of bare sand). On each plot, 10 fish surveys were performed 11 months post-deployments and four months after restoration from damage caused by Hurricanes Maria and Irma. After the hurricanes, all of the artificial reefs were at least partially buried in the sand and required human intervention to be cleared out.

According to Dutch Caribbean Nature Alliance, this project provides important insight into the effectiveness of artificial reefs. In general, all three reef designs demonstrated an increase in fish abundance compared to areas with bare sand. In total, 2,102 fish from 48 different species were seen in and around the artificial reefs.Interestingly, the popular reef ball design was not the most effective way to increase the fish abundance. Instead, this study showed that layered cakes, which provide higher complexity and shelter availability, are much more effective and harboured four times more fish, both in numbers and in biomass. This study also demonstrated that more economical solutions, such as rock piles, can be effective and up to 10 times cheaper to construct. However, it should be noted that this style of artificial reef is less stable and could be more easily destroyed by high energy waves or hurricanes, DCNA said.

The devastating impacts of Hurricanes Irma and Maria which hit Saba and Statia over the course of this study highlighted the need for artificial reefs that are weather-proof and resilient in high-energy situations.“Placing artificial reefs in sandy areas leaves them vulnerable to being smothered or sinking. Therefore, careful site selection and monitoring is required if these reefs are to be a long-term solution. Artificial reefs with complex internal structures and a high shelter availability should be selected over simpler designs to optimise fish assemblages,” DCNA stated.Using the lessons learned from this study, researchers worked together with Wortel Product Design and developed a new type of artificial reef, the Modular Restoration Reef.