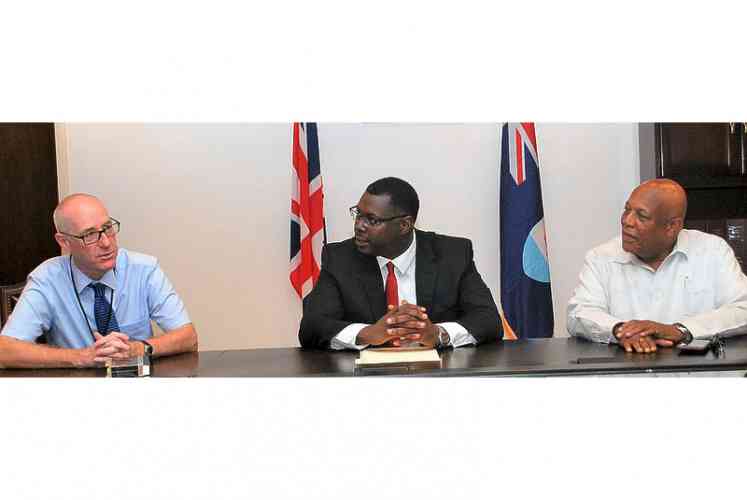 ANGUILLA–Dwight David Horsford was officially sworn in by Governor Tim Foy as Anguilla’s Attorney General (AG) on Monday morning, October 1. A Grenadian national, he previously held the position of Grenada’s Solicitor General and head of litigation in the attorney’s general chambers.

Governor Foy and Chief Minister Victor Banks both congratulated and welcomed Horsford to his new position. Banks said, “We have been searching for a new attorney general and we know you will do an excellent job. The task before you will be challenging. Over the years the AG’s office has been swamped with a lot of work given the size of the office and the many laws still on the books that have been there for a long time, which are still being updated to reflect our official status as a separate territory under the Constitution of the United Kingdom. We are here to support you.”

Governor Foy added that one of the things he hopes to see improved is having decisions made by counsel progress through the judicial process quickly in order to become legislative instruments that will allow the economy to grow and enhance opportunities for the island.

Horsford thanked them for the very warm welcome. He said he realises that taking on the position’s responsibility is a tall order, but is confident he can meet the demands and looks forward to working with everyone.