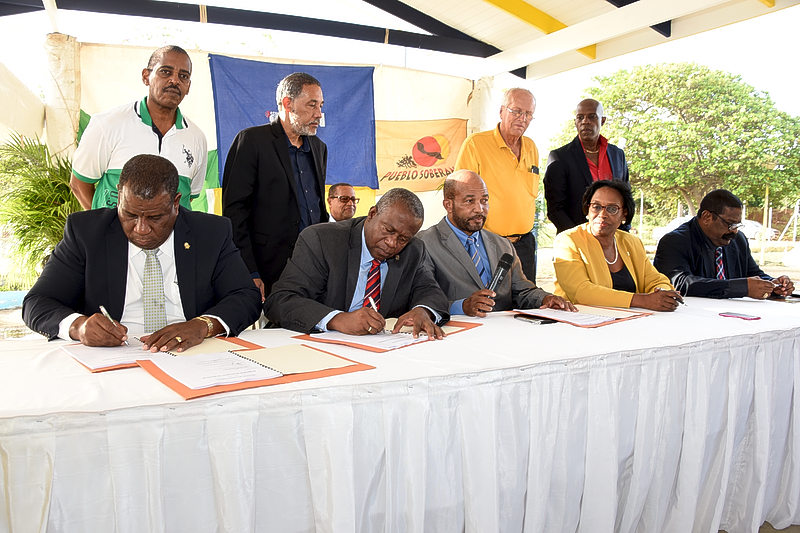 WILLEMSTAD–Curaçao has a new coalition agreement and during its signing candidate Prime Minister Hensley Koeiman has already indicated their plans for the next four years.

The incoming government consists of Koeiman’s MAN (four Parliament seats), PAR (three), PNP and PS (two each), for a minimum majority of 11 in the 21-seat Parliament. They want to focus on strengthening the economy, good governance and the fight against corruption.

During the formation process Koeiman also hinted Curaçao that he has to do something about the influence the Netherlands has on the island through the so-called Consensus Kingdom Laws; through these the Dutch Government keeps an eye on the finance, law enforcement and the police.

The Hague has too much influence and Koeiman wants to change that. Even the word referendum was mentioned during the negotiations. Koeiman and his party referred to the fact that they had never agreed to the current autonomous status and that the Curaçao people might have to leave the Dutch Kingdom one day.

It will not come to that yet, as any concrete reference for a new constitutional referendum was dropped from the final governing accord and replaced by “the people will ultimately take a decision on the future.” Koeiman says it is more about Curaçao getting emancipated to focus on its own development and dignity.