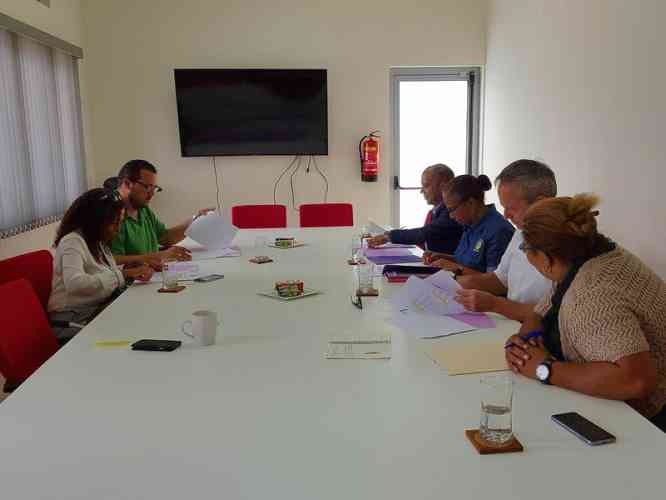 Signing of the new Collective Labour Agreement for the education sector in Bonaire.

At the end of 2019 it will be determined whether there will be room available for further salary developments, which will then be discussed in consultation with the trade unions and the employer.

“The guiding principle is that available room will be used in or about 2020 or in subsequent years to realise an increase of the end-of-year bonus towards 8.33 per cent,” RCN stated.

Teachers in primary education are basically classified in salary scale LA or in salary scale LB. Under the new labour agreement, the available resources will be used for a structural additional increase of the salaries in scale LA of three per cent retroactive from January 1, 2018.

The salaries in scales LB and LC will not be increased additionally. Instead, the remaining resources, where possible, will be used by the school boards for the allocation of an additional scale increment for teachers in LB, which can also be on commencement of employment and/or the advancement of teachers from scale LA to scale LB or from scale LB to scale LC. Due to this the income position of the lowest paid teachers will be relatively enhanced the most, RCN said.

How the resources for the reduction of work pressure will be used will be determined per school and in consultation with the teachers.

Early this year and in implementation of these arrangements, employees of the Ministry of Education, Culture and Science and RCN had initial exploratory discussions with the trade union, participation councils, teachers, school boards and the Public Entities.

Following that, a conference was organised in August during which the parties concerned were informed and consulted about the possible improvement of the current process of collective formation of terms and conditions of employment.