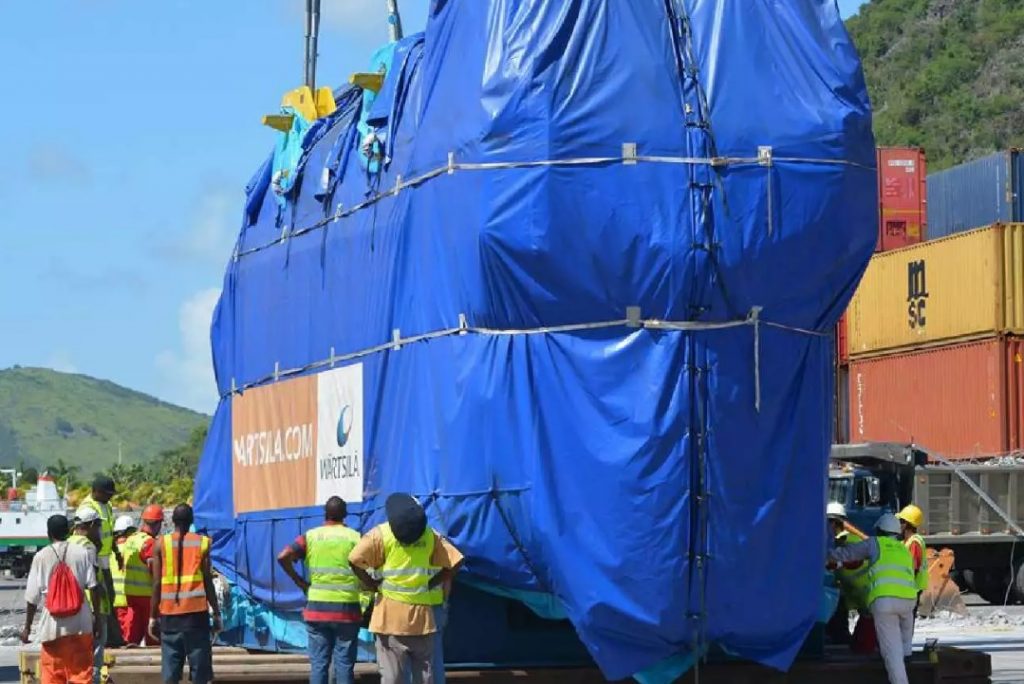 PHILIPSBURG–The transport of GEBE’s new diesel generator (Engine 20) to its final location at the production plant scheduled for Wednesday has been postponed to a later date. The company made the announcement of the transport on its website on Tuesday, but it was postponed.

GEBE Interim Managing Director Kenrick Chittick told The Daily Herald on Wednesday that the shifting of the date to relocate the engine to the power plant would not affect the time schedule and the handing-over date. Since its arrival in St. Maarten, he said, the engine had been at the Port, where “many other works were taking place.”

“We are awaiting the new scheduled date [for the transport to the new location – Ed.], as the permit date had to be rescheduled with all parties involved in the moving of the engine,” Chittick said. “Thus far, the supplier/contractor has not changed the completion date.”

He said that after the engine was transported to St. Maarten, the initial plan had been to move it to the power plant “soonest,” but the plans had changed due to threatening weather conditions. “We did not want to have the building where the engine is to be housed open at that time. We also wanted to have the moving of the generator and engine done within the shortest possible time in order to close the building back,” he said.

The new 11.2-megawatt Wärtsilä engine arrived in the country on September 15 and was offloaded at the harbour under the supervision of Arrindell, Chittick and Wärtsilä technicians. The engine was originally expected to have been transported to its permanent location within 10 days of its arrival.

The generator will replace aged generator units that have “plagued the company for the last few months with increased maintenance,” GEBE had said at the time. The newest phase of the power plant will help the utilities company continue to meet the increasing demand for power.