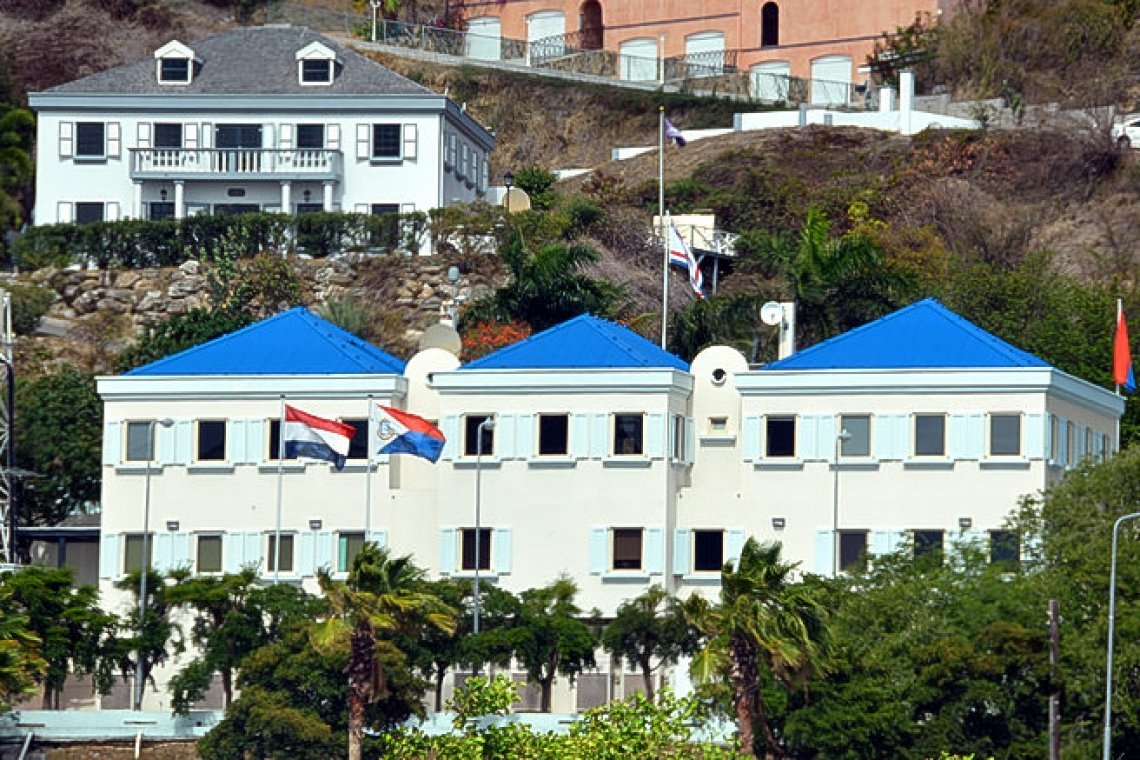 PHILIPSBURG–The new government for St. Maarten will be sworn in on Saturday, March 28, at 11:00am at the cabinet of Governor Eugene Holiday at Harbour View.

As a result of the current restrictions due to the coronavirus COVID-19 developments no guests will be permitted.

Holiday said in a press release that on March 26, he received the updated final report from formateur Jacobs.

The formateur had accepted the commission to form a new government which has the support of a broad majority in Parliament comprised of the National Alliance (NA) faction and the United People’s (UP) party faction. “The new government consists of Ministers who are committed to the promotion of the wellbeing of St. Maarten, who will amongst others give priority to concluding the legislation regarding the combating of money laundering and financing of terrorism, including the penal procedure code, the development of initiatives aimed at the sustainable social economic recovery of St Maarten including the execution of the agreements made with the Netherlands and the World Bank, realising sustainable government finances, including the completion of the 2020 budget, the safety and security of St. Maarten by investing in the strengthening of the law and order services, the improvement of our environment with an emphasis on realising sustainable waste management solutions, and the amending of the electoral laws. Considering the current situation, the new government will give priority to addressing COVID-19 crisis,” Holiday said in the statement.

Candidates for the various portfolios have been vetted based on the pertinent regulations regulating the pre-screening of candidates before nomination (National Decree Appointment procedure candidate Ministers and candidate Minister Plenipotentiary, May 22, 2013).