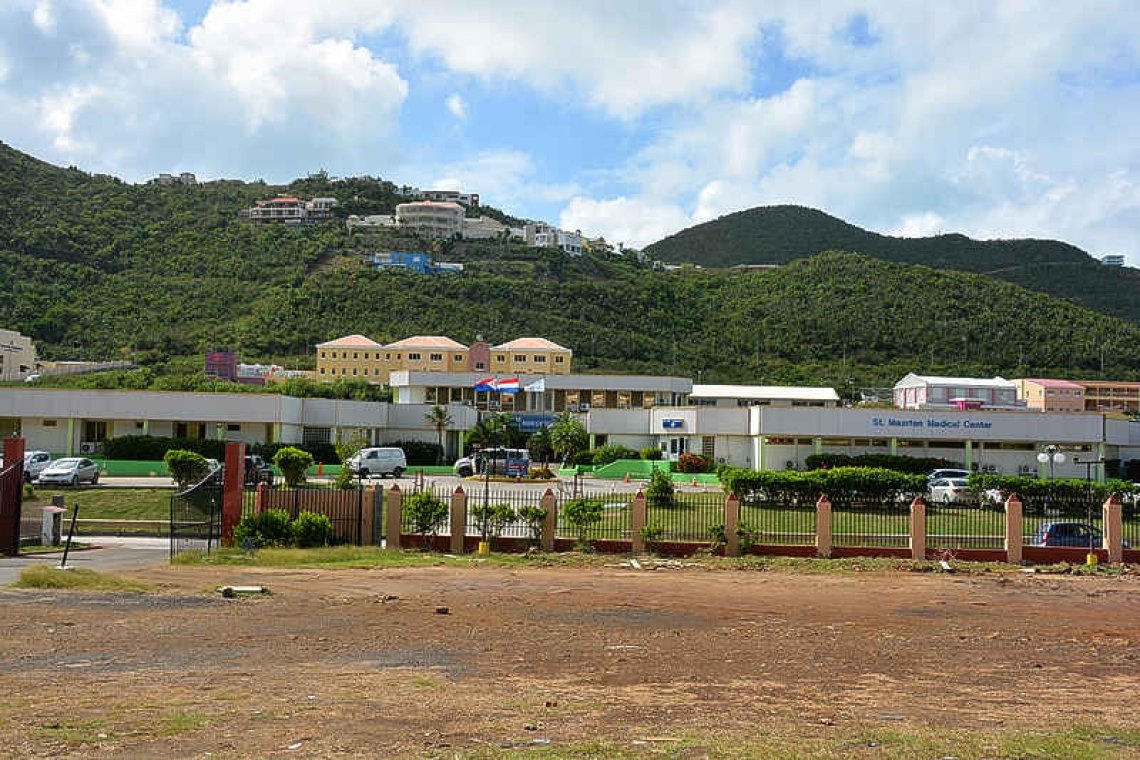 PHILIPSBURG–The new St. Maarten General Hospital, which is being built to replace St. Maarten Medical Center (SMMC), is estimated to cost more than US $58 million in maintenance and repairs in its first twenty years of existence, Minister of Public Health, Social Development and Labour VSA Richard Panneflek told Members of Parliament (MPs) on Thursday afternoon.

Panneflek’s statement came during Thursday’s virtual public session on the construction of the new hospital, where he was answering questions posed by MPs during the first round.In response to MP Sidharth “Cookie” Bijlani of United People’s (UP) party, Panneflek said the new hospital’s design has not been changed due to the coronavirus COVID-19. However, SMMC is considering adding isolation rooms in available space of the proposed wing.Panneflek said the new hospital will add 65 full-time equivalent (FTE) positions, compared to SMMC’s current 385 FTE.

MP Claudius “Toontje” Buncamper of United St. Maarten Party (US Party) asked about foreign workers in the previous meeting. Panneflek said foreign labourers in the hospital project can only work in St. Maarten if they meet all the requirements in the country’s labour laws.MP Angelique Romou of National Alliance (NA) asked about SMMC using Cay Hill’s basketball and tennis courts as additional parking space and whether this arrangement was temporary or permanent.

Panneflek said SMMC can only use the courts as parking while the new hospital is being built.MP Christophe Emmanuel of NA asked whether the hospital’s contractor – Italian company Inso – had requested a tax break from government.“No, Inso has not requested a tax break. However, SMMC has requested, and received as per July 16, 2019, an exemption for the turnover tax. … As a result of this exemption, the agreed construction price has been lowered by almost four million dollars,” said Panneflek.

In the second round of questions, Buncamper asked whether Inso has been sold and, if so, to what company or entity, while Romou asked whether there is a concrete plan and timeline for SMMC’s use of the basketball and tennis courts.

MP Sarah Wescot-Williams of United Democrats (UD) asked about the scheduled completion date for the new hospital, especially considering delays in construction due to coronavirus.MP Omar Ottley of UP party focused on local subcontractors and asked Panneflek to disclose the companies currently being used to do the preliminary construction and excavation.Bijlani did not pose questions in the second round because he has been hospitalised at SMMC with coronavirus.

During the meeting, his colleagues wished him a speedy recovery.The meeting was adjourned after the second round of questions because Panneflek said he needed additional time to receive information from SMMC.Both Buncamper and Emmanuel objected to the postponement, saying that their questions were straightforward and could be answered immediately. Parliament Chairperson Rolando Brison took note of these complaints and encouraged Panneflek to get the answers as soon as possible. The meeting was then adjourned until further notice.