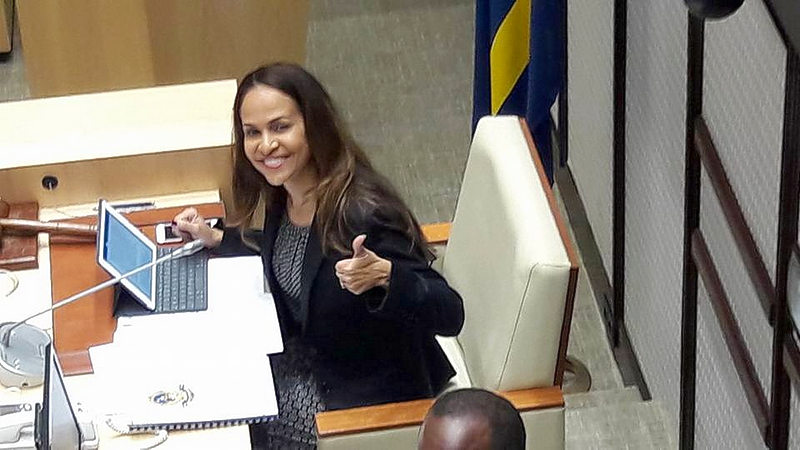 WILLEMSTAD–Parliament clerk Silvin Cijntje has called a plenary session for Friday asked for by the “new majority.” The latter also want to reverse the outgoing Council of Ministers’ decision to dissolve the legislature and hold early elections.

The invitation for the meeting on Friday was sent out at the request of 11 members of the 21-seat Parliament. It involves the fractions of “Movementu Futuro Kòrsou” (MFK), “Kòrsou di Nos Tur” (KdNT), “Pueblo Soberano” (PS) and “Movementu Progresivo” (MP) plus independent (former PAR) Parliamentarian Eduard Braam .

Whether the new majority will file a motion of no confidence against caretaker Prime Minister Hensley Koeiman (MAN) and his cabinet remained unclear. However, their preference is to install an interim Government and hold elections later than the announced date of April 28.

They point to St. Maarten, where at the end of 2015 a new majority had been allowed to form a Government pending the snap elections, which were later postponed by several months as well. Also in Curaçao when the then Schotte-cabinet lost its majority and moved to dissolve Parliament, the new majority appointed an interim business cabinet.

Friday’s Parliament meeting includes a debate with the outgoing Ministers Camelia-Römer (Traffic, Transport and Spatial Planning) and Gijsbertha (Finance) about the situation with the local carrier InselAir. That subject was on the agenda for Tuesday, but provisionally suspended by President of Parliament Giselle Mc William (MAN).