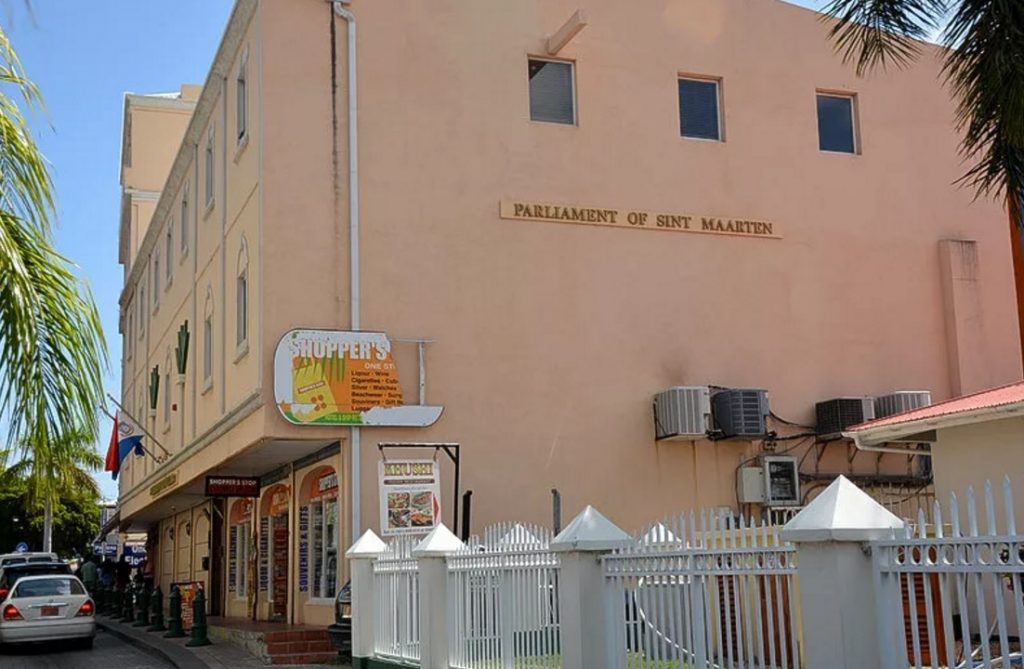 PHILIPSBURG–All is set for the 15 Members of Parliament (MPs), elected a month ago, to take the oath of office before Governor Eugene Holiday on Monday. They will form the country’s Third Parliament since attaining country status within the Dutch Kingdom six years ago.

The swearing in of the so-called “Halloween” Parliament on October 31 will be followed by the oath taking of the new National Alliance  (NA)/United People’s (UP) party coalition government’s Council of Ministers on Tuesday, November 1.

Prime Minister William Marlin announced at a Caribbean Roundtable at the International Shared Ownership Investment Conference in Miami Beach on Tuesday that the swearing in of the ministers will come “the next day” after the MPs take their oath.

Marlin is expected to stay on in his post, as well as Education and Culture Minister Silveria Jacobs and Finance Minister Richard Gibson Sr.

The seven-member Cabinet will be supported by a two two-thirds majority in the legislature. The two governing coalition partners account for five seats each in Parliament. Forming the opposition are the Democratic Party (DP) that has two seats and United St. Maarten Party (US Party) with three seats.

Following the swearing in of the MPs, they will sit in a public session to elect the chairperson and two deputy chairpersons of Parliament from among the membership. It is expected that first-time MP, former Tourism and Economic Affairs Minister Claret Connor (UP) will takeover the helm of the legislature from current Chairwoman Sarah Wescot-Williams (DP).

The election for the Parliament presidium will be followed by a week of training and familiarization session for all MPs.

This Third Parliament is a result of a snap election held on September 26 just two years into the four-year term of the second Parliament. Constant switching of support by MPs resulted in the collapse of several coalition governments.

The new Parliament will come into force when the Second Parliament is dissolved by decree.