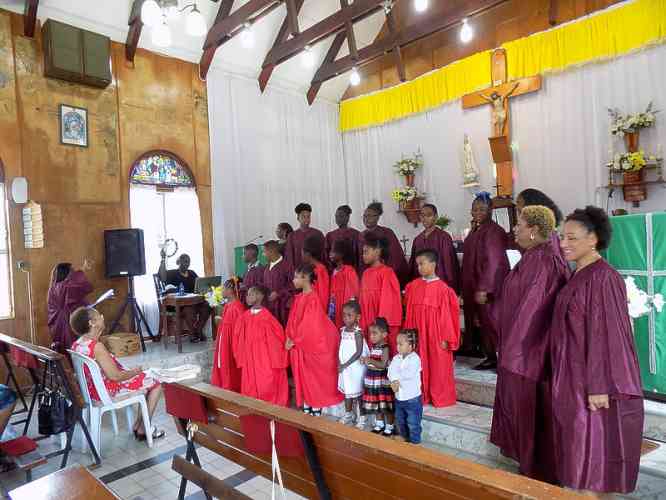 The St. Eustatius Roman Catholic Church held an outreach worship programme on Sunday. During his first service, new priest Simon Wilson had extended an invitation to the community to come out and worship with him and the church parishioners.

The parishioners took the invitation and invited family members and friends to take part in the service. Father Wilson’s first official service was last week. He will be stationed in Statia for a period of one year. During the service Roman Catholic Angels performed under leadership of Ruthmila Maria Redan-Jones and her team.