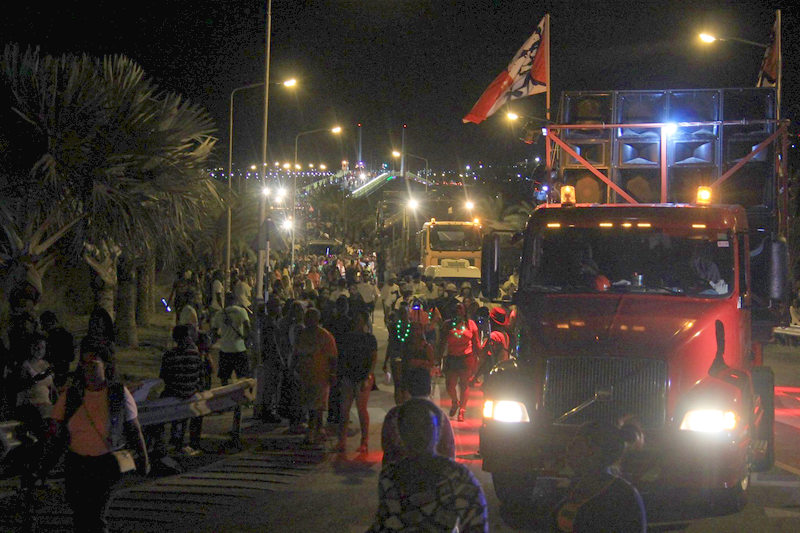 The Causeway Jump-Up will be the first sighting of Carnival’s signature “big rigs” for the season.

PHILIPSBURG–Time for the big rigs to take the road again. St. Maarten Carnival Development Foundation (SCDF) will host the annual Causeway Jump-Up on Saturday, March 18, starting at 8:00pm, with a slightly different route this year.

The event will also mark the first sighting of “big rigs,” the signature Carnival trucks and trailers, for the start of the Carnival season.
The Causeway Jump-Up has grown into one of the most anticipated events in the pre-Carnival schedule, drawing an estimated 10,000 people annually.

This route is not new to SCDF, having been used as part of the Unity Jump-Up of the past.

Once over the hill, the Jump-Up will end at the Le Grand Marché Bush Road parking lot where SCDF will host an after-party as part of its “Road to Carnival” party series.

“We are anxiously awaiting this event because for us it signals the start of the Carnival season and of our many pre-Carnival events. The Causeway Jump-Up is now a mainstay of Carnival and we expect another success this year,” SCDF said.

The Jump-Up should feature four or more bands on the roads.