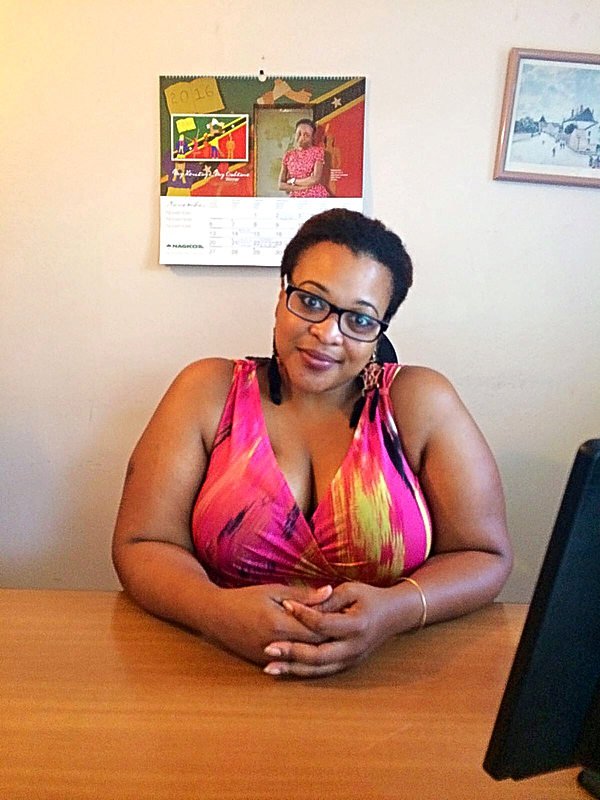 PHILIPSBURG–Establishing a Domestic Violence Unit and fostering a closer collaboration with the police and St. Maarten Medical Center (SMMC) are amongst the plans of recently appointed Safe Haven Executive Director Cassandra Richardson.

Richardson told The Daily Herald on Wednesday that one of her goals is to encourage the community to see domestic violence as a community issue that cannot be solved by Safe Haven alone. “With this I am looking to collaborate with various institutions such as the police and hospital and build a domestic violence unit.”

The unit, she said, should be a group of people who respond to domestic violence cases with skill, sensitivity and compassion.

Another goal of hers is to do more work around education in schools about the issue of violence against girls and women. “I would like to do this in a targeted way by looking at the cultural underpinnings of what supports a misogynistic ideology that is harboured in our community – music, various forms of media, etc. I will be looking to create curriculum that deconstructs the idea of gender and how rigid and sometimes harmful these rigid ideas of gender can be for both boys and girls,” she told this newspaper.

“In the long term, I would like for Safe Haven to initiate an anti-violence platform. Violence against women and girls is definitely present and is real and is a sad problem and I think that grappling with the presence of violence in general is a sure bet way to eradicate violence against girls and women in its totality.”

Richardson was recently appointed as the new Executive Director of Safe Haven. She returned to St. Maarten on November 13, began working on November 14, and was introduced as the new Director on November 15. She is a daughter of the soil, who was born at St. Rose Hospital in St. Maarten. She attended Milton Peters College (MPC) and furthered her studies in the United States (US) and Canada.

She left St. Maarten in 1996 and pursued her bachelor’s degree double majoring in Written Communications and Environmental Studies at St. Catherine University in St. Paul, Minnesota, USA where she also lived and worked for 10 years. She then pursued a master’s degree in Communications and Social Justice at the University of Windsor in Windsor, Ontario Canada in 2004.

She returned to school to obtain another master’s in Social Work at the same University in 2013 and graduated with her master’s in social work in 2015 while working as a manager at a settlement agency for newcomer immigrants.

There she developed and designed programmes for youth and women and designed programmes and services to address mental health concerns of new immigrants to Windsor. During her time in Windsor, she was a part of many community initiatives and sat on various boards. She was the chair of the Windsor Youth Centre, a centre that caters to homeless youth. She was a board member on the city’s child welfare organisation, the HIV/AIDS Committee of Windsor and was a committee member of the Lesbian Gay Bisexual Transgender Queer (LGBTQ) organisation, Windsor Pride.

“This was so far from my mind. I thought I would come back home and be a businesswoman working in a managerial position in customer service training. Life kept pulling me in a direction that kept calling me into serving in the humanities and engaging in critical thought about social issues. Although I always, even through my scholastic career, worked with girls, facilitated programmes for girls and developed programmes around girlhood issues, I hardly worked on women’s issues until I was promoted at my job,” she said.

“I was asked to manage the women’s programme and it opened my perspective and understanding to so many different areas that concerned women’s issues. As I became more and more interested in these issues and became more and more homesick, Safe Haven became not just a viable solution to my homesick problem, but an awesome opportunity where I could put what I learned over the years working with vulnerable populations to good use and reconnect with my home and my fellow St. Maarteners.”

Richardson said she brings a lot of enthusiasm to the table at Safe Haven. “I like to use my brain to solve things. I really like to develop and evaluate social programmes and have been told by my former boss that I’m good at it. I love a challenge and dealing with the pandemic of girls and women abuse will be a challenge and will be one that is ongoing, unfortunately. I am personable and really am genuinely interested in people and their stories. I guess that would make me a good listener – a strength of a good social worker. I also think it very important to encourage people and support them in finding their strengths… I think that this little action is also important in building healthy happy communities – genuinely imparting words of encouragement to others. It goes a long way. Not just with clients, but I particularly like doing this to my team members.”

“In my experience as supervisor and manager of people, helping team members find their skills and strengths and praising them when they use these builds strong, confident teams. I think that Safe Haven got lucky with me, not because I think I am so awesome, but because Safe Haven offered me an opportunity to work in the various aspects that I like [to – Ed.] work with and happen to be good at – women’s issues, an opportunity to better my community, managing teams, developing programmes, supporting vulnerable people, working on macro issues like policy, meeting people and discussing ideas on social development, engaging in cultural shifts. I have it all with being the Director of Safe Haven.”

Richardson’s vision for the facility is for Safe Haven to be a facility that provides safety and comfort to persons who need it. Not only in its structure, but in the way it provides services and programmes to its clients and in the way that the Foundation responds and educates the community about intimate partner abuse.

She sees some of the challenges of the Foundation as including lack of guidance and the absence of programmes that address the needs of clients. Also lacking is the necessary support and collaborations to move the issue of domestic violence forward. She believes that Safe Haven should acquire a safe and secure space that it can call its own.

Her message for women who are being abused, but are scared to leave their abuser is: “You are stronger than you think. You are smarter than you know and you deserve better, much better.”

She believes that the community should start talking more openly about the subject of domestic violence. “Acknowledge that there is a problem and stop blaming it on culture (whichever culture). Don’t gossip. It’s toxic. Don’t be a bystander and turn your head. Jumping in and fighting an offender off is just one way of confronting the problem of domestic violence. Offer a listening ear. Don’t be judgmental of other people’s circumstances and choices. Practice compassion and practice being a good friend and family member.”

Richardson said she is a passionate social advocate and critical thinker of social issues. Healthy debating about social justice issues is one of her pastimes. She said she often times pushes the envelope on many social topics encouraging people that may want to listen to her rants to challenge their perspectives and status-quo views.

Safe Haven Foundation runs a home for battered and abused women and children. The home has five rooms and is currently housing six adult victims and nine children between the ages of a day old and five-years-old. “We really need the support and love from our community. Violence against girls and women is a horrendous act, and it should stop,” she noted.