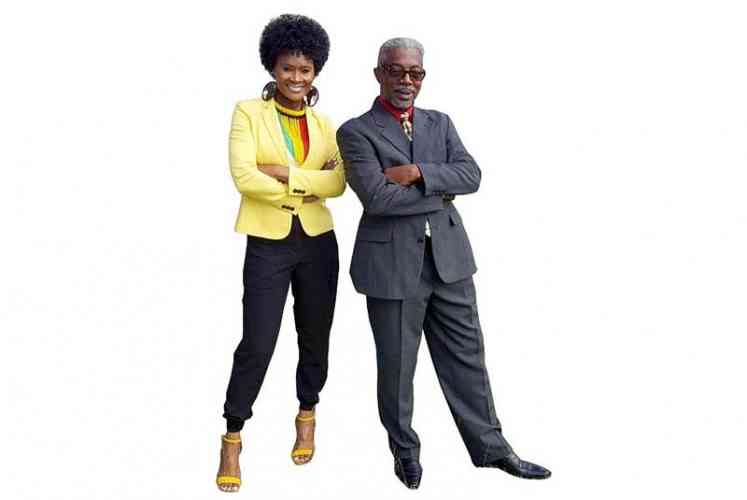 MARIGOT–Smart Conversation, a one-hour talk show with two hosts, Dr. Natasha Gittens and the Real Deal Cuchi the Captain will air on Radio St. Martin 101.5FM at noon on February 16 and every Friday after that.

The duo will share their perspectives, supported by real-world experiences and incorporate research, on everyday happenings in the workplace, home life, community, career, banking, relationships, family and finances. Topics like “Should I date in the workplace?” “Should I pay cash or finance?” and “What is the appropriate age for parents to allow their teenager to date?” will be among the many topics that will be presented.

The show was developed in December 2017 after Hurricane Irma. Radio St. Martin Managing Director François Hunt determined that the station needed to enhance its programming and support the community with moving forward after the storm. The station’s production team initiated immediate action and placed St Maarten’s/St. Martin’s listening audiences at the helm of the show’s purpose.

It was quickly determined that Smart Conversation warranted two co-hosts who were confident, well-versed and had a vast knowledge base on a multitude of subject matters. After weeks of planning, the production team requested that Hunt become one of the hosts.

Natasha Gittens’ name surfaced during the selection deliberations, amongst others. After contemplating several potential hosts and their experience in broadcasting, public speaking and professional experience, the station selected Gittens.

Smart Conversation’s topics are determined by a dedicated executive producer and an innovative production team. The objectives of the topics are to enrich the daily lives of the listening audience by providing information, education and knowledge to support them.