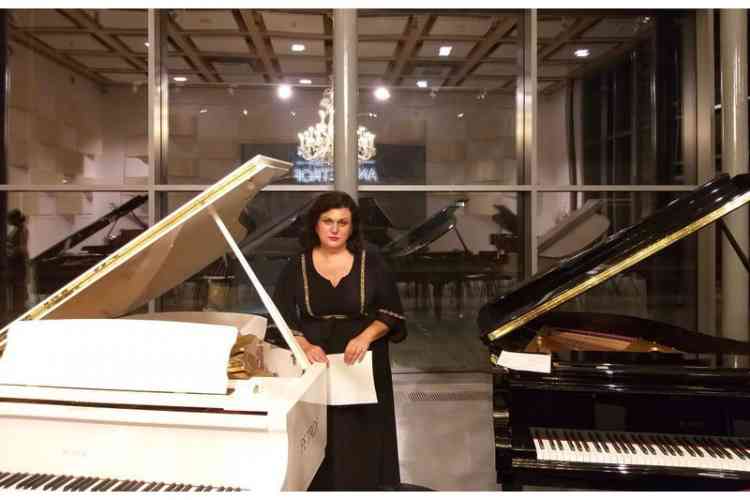 This, NIA’s fourth festival of Culture and Arts (NIACA), will be a fundraiser under the heading “Music brings people together.” The evening will not only be celebrating classical music, but the audience will also be enjoying “Sweet S’Maatin Tunes” with the Community Choir.

“The rest we save as a surprise,” said NIA Director Arlene Halley.

As NIA’s Black Box Theatre at John Larmonie Centre is an intimate acoustic setting, seats are limited. The concert starts at 7:00pm.

Pianist from Russia and the United Kingdom Irina Kaufman-Brookes graduated from the Russian State Musical Academy. Awards include second prize and silver medal at the International Piano Competition in Andorra and an award of recognition for contribution to young musicians’ development at the international musical American Protégé competitions in Carnegie Hall, New York City.

She has performed numerous recitals in Russia, the United States, France, Austria, Hungary, Belize, Andorra, Costa Rica, Spain and the Caribbean as a soloist, with orchestra and as a member of different chamber ensembles.

She was often invited as a performing artiste during festivals all over the world, such as the Slavic Music Festival in Paris, the Piano Festival in San José, and Belize Classical Music Festival. In 2012, Kaufman participated in the recital dedicated to the golden anniversary of Queen Elizabeth II of Great Britain.

Her students are prize winners at different piano competitions. One such student is Fang Fei Cai, who is only 13 years old. She was born in French St. Martin where she started to play piano at the age of four. She won second prize at the Grand Piano Virtuozi Piano Competition in Vienna, Austria, and first prize at the American Fine Art Festival in New York in 2017.

She has appeared as a pianist-soloist in different concert halls from the age of eight and made her debut in Carnegie Hall in May. During NIA’s classical concert, the young piano virtuoso will be delighting the audience with “Prelude and Fugue in B flat Major” by Johann Sebastian Bach and “Etude Nr. 5 Opus 10” by Chopin.