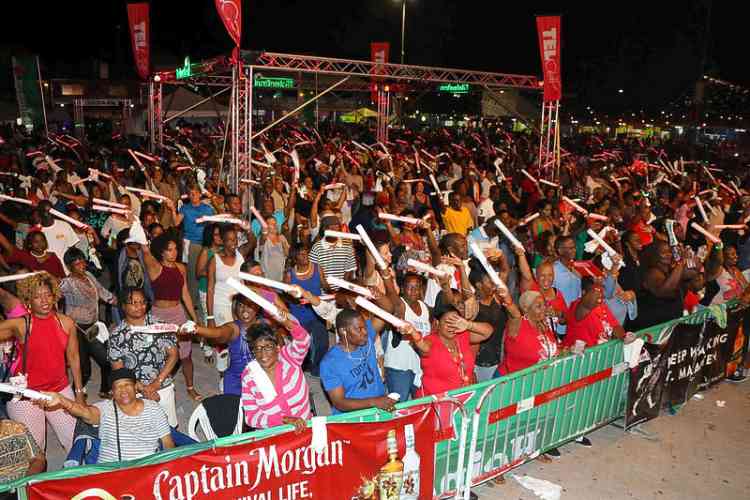 MIDDLE REGION–The Carnival fever is heating up with more deals from “Night of the Hit Makers” producer Bertaux “Mr. Rude” Fleming, who will be releasing 125 tickets for one hour today, Friday, March 23, for just US $25.

This is the last time ticket prices will be priced this low. Patrons are urged to be at the TelEm location on Soualiga Boulevard between 12:25 and 1:25pm. The first 25 people will also get free TelCell top-up. According to Fleming, tickets will be limited to four per person.

“We were not going to do this special this year, but once again, the fans made us reverse the decision. I realized that many people did not get to utilise the special [earlier this month – Ed.] so I have decided to bring it back for one hour,” Fleming said.

The early-special tickets, dubbed “Hit Makers Relief,” which were sold for $25, were all gone in less than a week after he released them on the market earlier this month.
After Friday, all remaining tickets for St. Maarten’s Carnival flagship show and premier dance experience will be sold for $30.

“This tells me that the fans approve the line-up,” Fleming stated, referring to T-Vice, a Haitian Kompa band currently based in Miami; St. Maarten’s own Control Band; the original Burning Flames, now known as Fantastic Four, out of Antigua; and Grammy-nominated Jah Cure.

The fast sales of the low-cost tickets left fans clamouring for more and this prompted Fleming to release all remaining tickets for sale, but with a catch. Patrons who purchase their tickets before April 21 will pay only $30. Those buying tickets the week of the show will pay $40. The price will increase on the night of the show.

Fleming said that although it is costing him more to produce this year’s show due to the calibre of the artistes, he is keeping the price low because he wants everyone to have an opportunity to enjoy some much-needed stress relief when they hit Carnival Village on the night of April 28.

This is the sixth year of the highly-acclaimed “Night of the Hit Makers” show and, according to the producer, this event will give everyone the outlet they have been looking for after Hurricane Irma which devastated the island on September 6, 2017. He promises that the show will help people get over the frustration, the stress and the depression once they come to the Carnival Village and let loose.

He is urging fans who missed his “relief” special to get their tickets now and avoid paying a higher price after April 21. Tickets are available at Van Dorp, SOS Radio, Domino’s on Bush Road, Abu Ghazi in Madame Estate, Adolphus Office Supplies, and Fleming’s Café at Raoul Illidge Sports Complex.