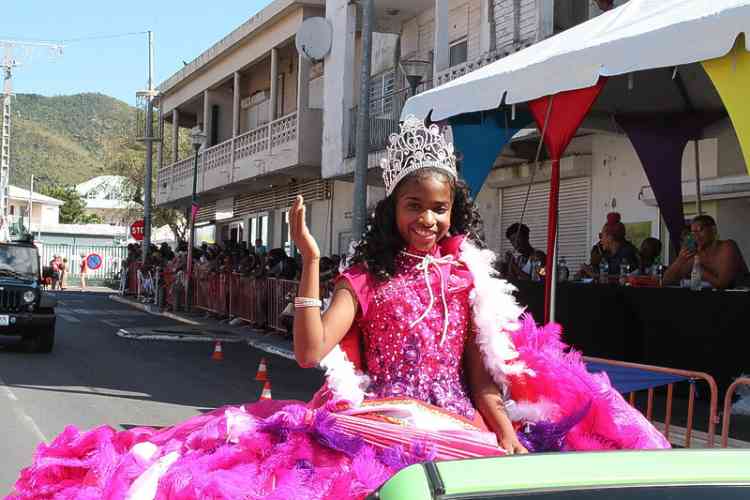 MARIGOT–The streets of Marigot were awash with colours and confetti on Sunday, as the Children’s Parade wound its way around town impressing the many spectators lining the route.

What a difference a year makes? Schools have again put their best foot forward despite constraints to celebrate the “We Culture, We Fête” slogan for this year’s carnival. Nine schools participated each presenting a different theme.  The parade started from the Louis-Vanterpool Stadium at around 2:30pm, made its way along Rue de Hollande, into Rue de la République, along Rue de la Liberté to complete a circuit and the finish at the stadium.

The procession was led by Junior Carnival Queen 2019 D’ Yorlana Meyers in a motorcade with her runners-up in a following car. Master of Ceremonies Ricky Da Phox kept the crowds entertained with his running commentary.

Judging criteria included punctuality (judged at the stadium), overall impact, creativity, originality, discipline and presentation, theme, performance, and craftsmanship for a total of 90 points. Criteria for chorography included performance, creativity, synchronization, cohesion, coordination of movement, timing, and impact on the public for a total 70 points.

Results of the parade will be presented at a later date. Carnival festivities will be officially launched on Friday, March 1, on the Marigot waterfront at 7:30pm.